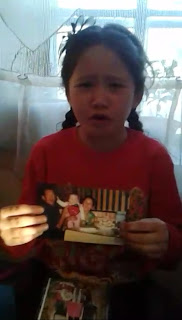 Fueled by the unfounded fear that the region’s non-majority citizens, who are mostly Muslim, have terrorist ties, Xinjiang officials have ordered the imprisonment of innocent people of Uyghur and Kazakh descent. According to the United Nations, around 1 million Uyghurs have been held in these camps, where they face torture, starvation, and brainwashing.

Kanati Hudadibieergan, a resident of Kazakhstan who previously lived in Xinjiang, said his 26 year-old cousin, Yekepen Mamuerbieke, was illegally arrested by authorities in Ili Kazakh Autonomous Prefecture last April and sent to a “re-education camp.” His distant relative, Baishanbieke Musa, was also taken into custody that day.

“We have had a hard time locating the names of the 28 other people arrested that day,” Hudadibieergan said, “but we are certain about the names of our two relatives. We learned that more than 30 people were arrested in that village the same day via other sources.”

Another man, Yeerbo Dawuliebietike, said that his mother, Elesi Dalaibieke, who is a Chinese citizen but holds a Kazakhstan green card, returned to Xinjiang for her older sister’s funeral on Oct. 28, 2017. The local public security bureau confiscated her passport, promising they would return it, and took her green card. She has not received either back and has been told that she will receive the documents back if her husband also returns to China from Kazakhstan. She is almost 80, suffers various illnesses, has no immediate family in Xinjiang, and has been placed under house arrest.

In response, Dawuliebitike contacted Kazakh departments and requested help. However, Chinese authorities told his mother that she would not receive her documents back until her husband comes to China and requested that her daughter return as well.

They attempted to kidnap both, even though Dawuliebietike wrote to Xinjiang authorities to show them his father’s medical documents as proof that he cannot travel. Neither his father nor sister have committed any crimes.

Saierkejian, a leader of a Kazakh youth organization that has been assisting those detained in “re-education camps,” said he would like to ask various government bodies, including Kazakhstan’s Ministry of Foreign Affairs and the United Nations, to intervene on behalf of ethnic minority people in Xinjiang who have been sent to the re-education camps.

ChinaAid exposes abuses, such as those suffered by the residents of Xinjiang, in order to stand in solidarity with the persecuted and promote religious freedom, human rights, and rule of law.