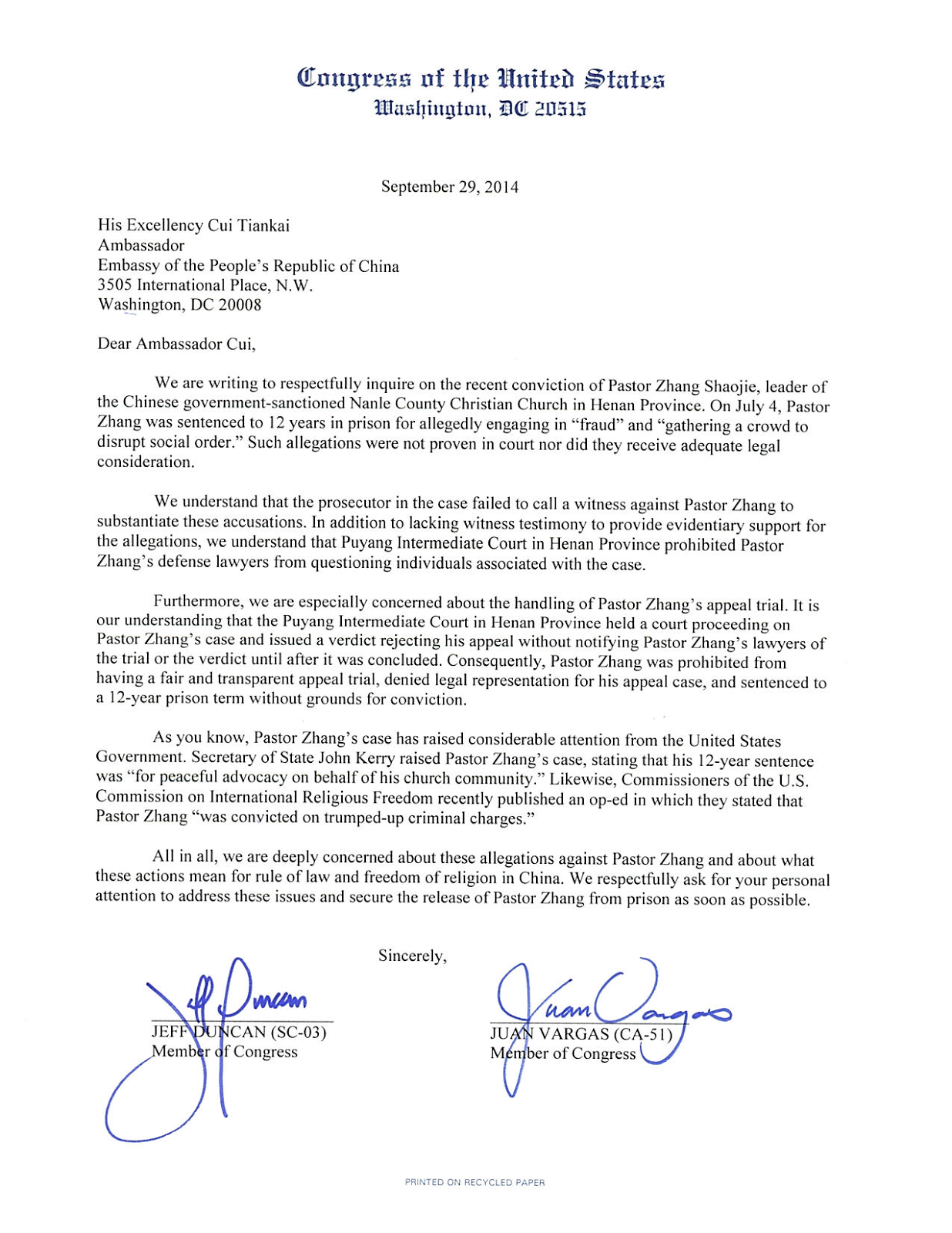 (Washington—Sept. 29, 2014) In a letter, below, to Chinese Ambassador Cui Tiankai, 32 members of the United States Congress expressed their concern today over the 12-year sentence received by Pastor Zhang Shaojie of the government-registered Nanle County Christian Church and asked for Zhang’s release.

“As the Chinese government steps up its persecution against more and more innocent religious leaders like Pastor Zhang, we applaud the firm leadership for religious freedom in China displayed by Congressmen Duncan and Vargas along with the 30 other conscientious Congress members,” said Bob Fu, China Aid’s founder and president.

“Religious freedom is the universally-recognized first freedom of all human beings. The arbitrary arrest of Pastor Zhang on trumped-up charges is a total violation of both China’s own laws and international human rights standards. We urge the Chinese authorities to correct this mistake and release Pastor Zhang and other prisoners of conscience, including the ‘China 18.’” 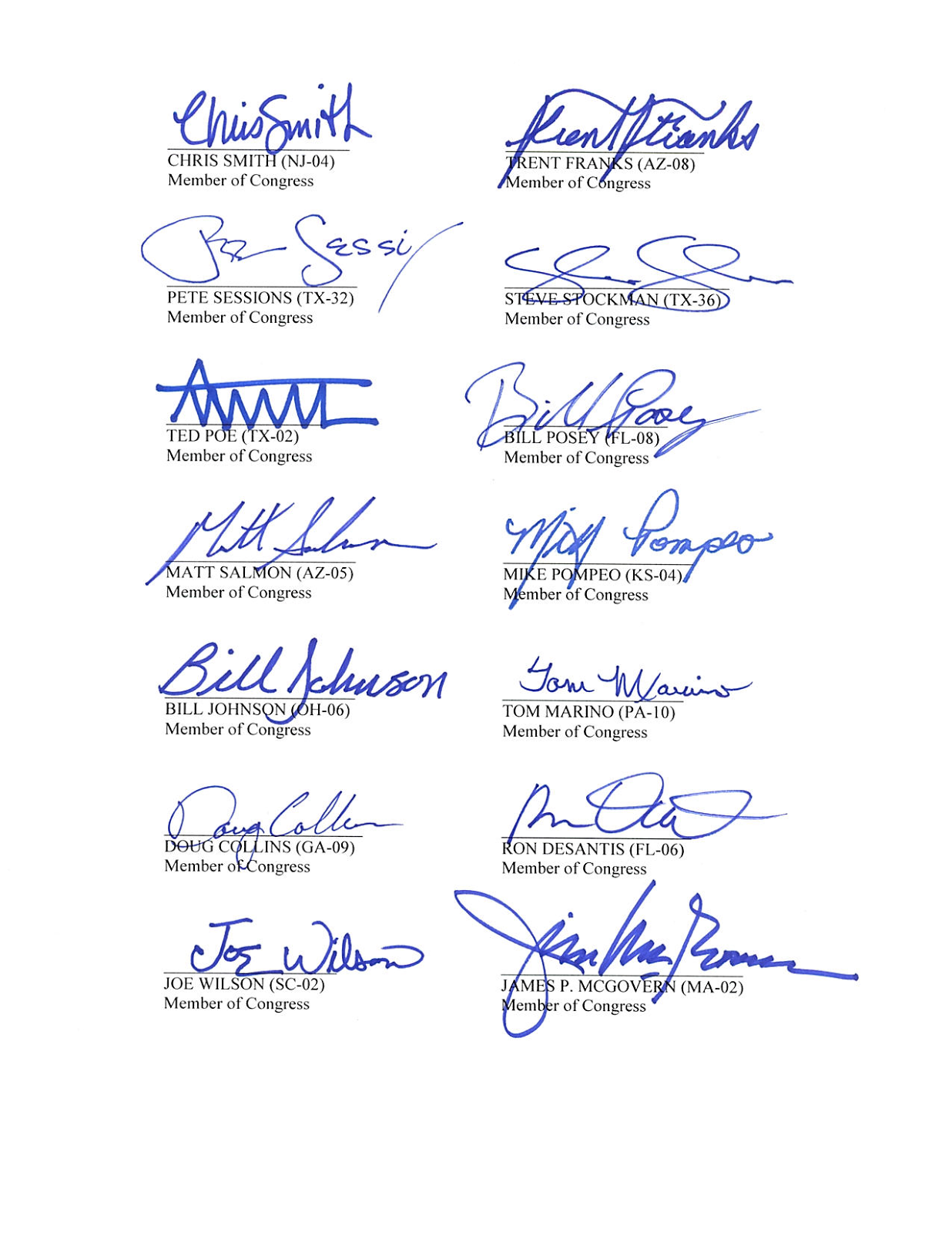 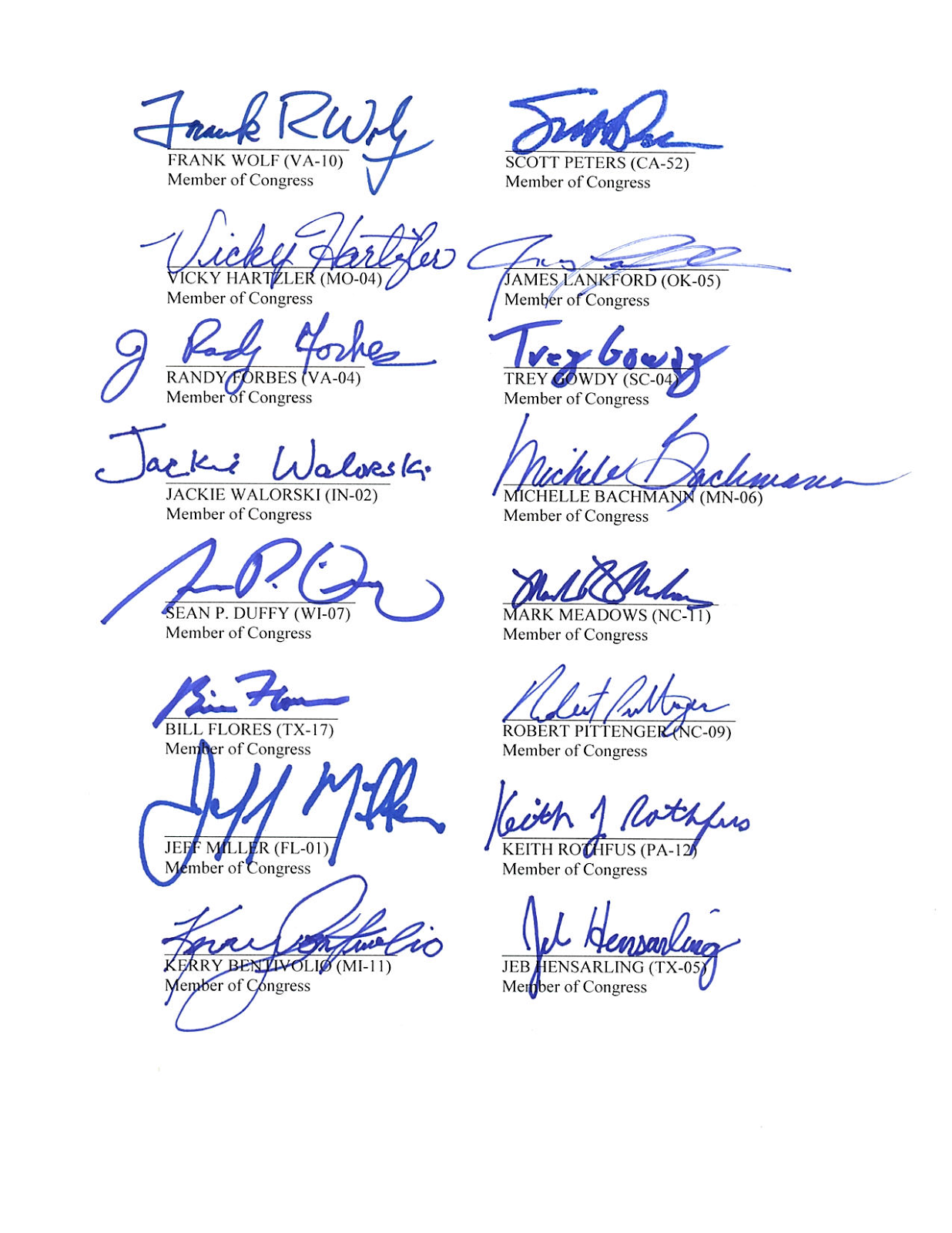