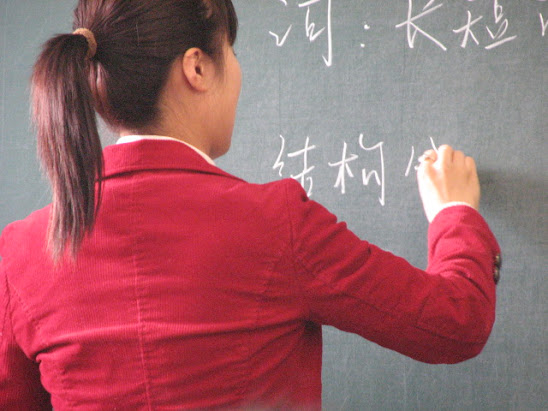 (Wenzhou City, Zhejiang Province—Dec. 08, 2020) Recently, Chinese Communist Party CCP officials directed Wenzhou City school teachers to sign the “Teachers’ pledge form” affirming that they will not believe in any religion. Government employees have distributed forms to elementary schools in Longwan District, Wenzhou, “requesting” that all teachers sign this contract. After filling in their personal information and reading the agreement, teachers are to sign and date the form under article 4, “items of public commitment,” to signify their consent.

The form includes political content and demands that teachers adhere to four items:

Meng Yuanxin, a Chinese pro-democracy activist studying abroad in the United States, stated: “The four points in the absurd “teachers’ pledge form to not believe in any religion” violate Article 36 of the Chinese constitution. This law stipulates that Chinese citizens are entitled to religious freedom, and as citizens, teachers should enjoy the religious freedom and rights their constitution promises. Therefore, the directive to sign a commitment to be irreligious proves unconstitutional.”

The CCP requires allegiance of party members to “the four consciousnesses, four matters of confidence, and two upholds,” included in the form for teachers.
On Jan. 29, 2016, during the meeting of the Politburo of the CCP, the Politburo proposed to strengthen “Four Consciousnesses,” which consist of: being conscious of:

1. political correctness,
2. the broader picture,
3. the core leadership, and
4. staying aligned with the core.

On Jul. 1, 2016, at the celebration of the 95th anniversary of the founding of the CCP, China’s President Xi Jinping reemphasized that party members “should remain true to our original aspiration to press forward.”
“Four matters of confidence,” CCP mandates that party members must adhere to, known as the Confidence Doctrine, include:

“Two Upholds” stipulates that CCP members are to:

Meng Yuanxin stresses that by design “the four consciousnesses, four matters of confidence, and two upholds” are to demand teachers pledge allegiance to the party leader.” The form, not only absurd, but even more preposterous in the education field, Meng said, lends to initiate personal worship toward President Xi.

Wenzhou, Zhejiang, a region where Christianity has most flourished, has an estimate of more than a million Christians. The Christian population accounts for more than 10% of citizens, with many Christians holding positions in schools.

Since Xi Jinping became President of China, CCP authorities have increasingly oppressed Christians in Wenzhou. Since 2014, the Zhejiang government initiated a major campaign to remove crosses from churches, among them, the Sanjiang Mega-Church, valued at millions of U.S. dollars. Zhejiang authorities have also ordered churches to dismiss Children’s Sunday School classes. Authorities forbid Christians teachers who have held posts in school to enter the church. Government officials have installed surveillance cameras in churches, directly connected to the local police bureaus. This tactic helps authorities identify any teacher violating China’s regulation that teachers are not to enter the church.

When a teacher violates China’s regulations, the CCP will violate his/her teaching post, as well as, remove him/her from their teaching post.