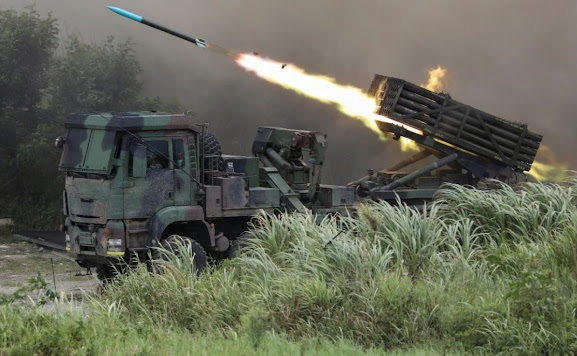 America failed Afghanistan. Now it must stand by Taiwan.

America Failed Afghanistan. Now It Must Stand By Taiwan.

by
Bob Fu* & Arielle Del Turco**
(The National Interest / ChinaAid, Midland, TX—August 26, 2021) On August 26, The National Interest published “America Failed Afghanistan. Now It Must Stand By Taiwan.” Bob Fu,  PhD., founder and president of ChinaAid, coauthored this “Op-Ed” which poses the contemporary, critical, challenging question: “After the [America’s] withdrawal from Afghanistan, can America be trusted to keep any of its promises?”

The consequences of the Biden administration’s hasty and poorly managed withdrawal from Afghanistan have devastated the millions of Afghans who will now live under Taliban rule. And unfortunately, the consequences reach far beyond the Afghan borders. U.S. allies around the world, especially those who have relied on our partnership, must have felt fear and shock watching the fall of Afghanistan. Taiwan is one such ally, and we must not abandon them as well.

Watching the unfolding tragedy and pain has caused American allies and enemies to wonder where the United States stands regarding other longstanding U.S. commitments. After the withdrawal from Afghanistan, can America be trusted to keep any of its promises?

The threat is not simply speculation from American pundits. Chinese state media has alluded to how the fall of Afghanistan might make Taiwan more vulnerable. Hu Xijin, editor-in-chief of the Chinese state news agency Global Times stated on Twitter, “After the fall of the Kabul regime, the Taiwan authorities must be trembling. Don’t look forward to the US to protect them.” The Global Times also declared, “Taiwan will be tomorrow’s Afghanistan being abandoned by the U.S.”

But Chinese state propaganda outlets will always seek to diminish U.S. global influence and have proven they will use intimidation and lies to do so. American leaders must prove that such lies never become true.

Off China’s coast, Taiwan is pivotally located between Northeast and Southeast Asia. Having control over Taiwan would empower the Chinese government’s reach across Asia. Taiwan also sits along the so-called “first island chain” in Asia, which the United States hopes will help contain China and protect vital trade routes. The estimated annual goods transported through or flown over the Taiwan strait constitute over forty percent of the world’s GDP. Thus, protecting Taiwan is vital to the economic security of the free world.

Taiwan is a critical strategic ally, but it is also a democracy that shares our values. With robust protections for basic human rights and religious freedom, the island stands in stark contrast with the Chinese mainland. Taiwan serves as a powerful example of what a culturally Chinese nation with both political and economic freedoms can look like.

Since the fall of Afghanistan, President Tsai Ing-wen remains committed to strengthening Taiwan and enabling its self-defense. In an address, she said, “Taiwan’s only option is to make itself stronger, more united, and more determined to defend itself.”

Yet, for Taiwanese leaders and citizens, protecting their independence isn’t merely about power but about values. President Tsai went on to say, “Taiwan has to become indispensable to the upholding of democracy and freedom, and to the international community’s collective security and prosperity.”

Now, more than ever, the United States must reaffirm its commitment to Taiwan and take practical steps to that end. We ought to continue to sell defensive arms to Taiwan and encourage and enable Taiwan to build up its defenses to protect against Chinese aggression.

The United States should fully utilize the Taiwan Relations Act of 1979, which Congress passed to strengthen U.S. support for Taiwan. The Biden administration should also invite senior leaders, such as the Taiwanese president and vice president, to visit Washington D.C., and address a joint session of Congress. These simple acts will go a long way toward solidifying support for this vulnerable democracy that the Chinese Communist Party would love to exert complete control over.

We failed the Afghan people, and now many of our allies are worried. Let’s not fail Taiwan, too.

*   Bob Fu, founder and president of ChinaAid, is senior fellow for the International Religious Freedom at Family Research Council.
** Arielle Del Turco is the assistant director of the Center for Religious Liberty at Family Research Council.
###
A wise man will hear
and increase learning,
And a man of understanding
will attain wise counsel,
~ Proverbs 1:5 (NKJV)
China Aid exposes abuses in order to stand in solidarity with the persecuted and promote religious freedom, human rights, and rule of law. If you wish to partner with us in helping those persecuted by the Chinese government, please click the button below to make a charitable donation.