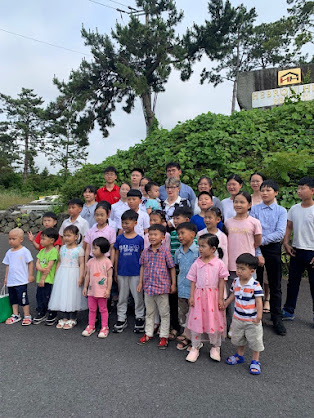 (ChinaAid—August 11, 2022) In the last several months, options dwindled for the Mayflower Church and Pastor Yonggang. The South Korean government refused to grant them asylum due to the Chinese Communist Party’s (CCP) influence. Church members sought resettlement options, and American partners visited the Chinese church to protect them from potential kidnapping.

In 2019, 60 Christians of Shenzhen Holy Reformed fled China for Jeju Island, South Korea. Around two months after their escape, COVID-19 broke out in Wuhan, preventing the pursuit of the Chinese government. They have lived on the island for over two years attempting to achieve asylum status from the South Korean government. Many called the escaping Christians the “Mayflower Church” due to their escape for religious freedom.

ChinaAid and other partnering organizations believe the group is at serious risk of transnational kidnapping or repatriation. This is not a farfetched option, as the CCP has kidnapped many in the past who defied them. Gui Minhai, a critic of China’s elite, vanished in Thailand seven years ago. More recently, the CCP tried to repatriate Wu Huan and her fiancé because they were political dissidents.

In December of 2021, sources confirmed that members of the Mayflower Church that stayed in China faced harassment and harsh interrogations. At the 2022 IRF Summit, ChinaAid President and Founder Bob Fu spoke on how the CCP attempted to use technology to locate Pastor Pan and the others. The Chinese Embassy in South Korea has also called church members on the island, telling them that they betrayed their country and must return home. This escalating behavior should not be overlooked. Without sufficient protection, the members of the Mayflower Church could be at risk.

Deana Brown, President and Founder of Freedom Seekers International (FSI), visited the Mayflower Church in late June. She contracted COVID-19 on her way to Jeju Island, but Pastor Pan and his congregants cared for her until she recovered. Another set of church partners witnessed the birth of the 61st member of the Mayflower congregation. Two other women expect their babies later this year.

Other partners of ChinaAid and FSI have visited the Christians consistently, leaving a lasting American presence on the island.  Until a more sustainable solution is found, American missionaries, pastors, and churches will continue to visit.

Previously, Mayflower members were doctors or lawyers, but they became farmers and janitors in South Korea. The locals welcomed the church with open arms despite countless language and culture barriers. One of the women of the Mayflower Church Chen Jingjing reflected on her status after starting her new job:

When I first came to work here it was very uncomfortable because, in China, people and jobs are divided into three, six, and nine classes. The cleaning lady and the migrant workers are the most discriminated against. But in Korea, I feel respect for people. People in the company don’t ignore me because I am a cleaner, instead, they greet me warmly every day.

Pastor Pan Yonggang aligned himself with Pastor Wang Yi of Early Rain Covenant Church in Chengdu. Pan even signed his name onto Wang Yi’s “Declaration for the Sake of the Christian Faith,” which lead to the Chinese government raiding his church and destroying their private school.

One of the main reasons Pastor Pan and his congregants left was to escape the mandatory atheistic education system in China. The CCP banned children from receiving any religious education which includes Sunday School and bible studies. Many Christians in China have tried teaching their children at home only to meet imprisonment and fines. ESL instructors supplemented the Mayflower Church’s homeschooling curriculum, teaching the children English for their hopeful transition to the United States.