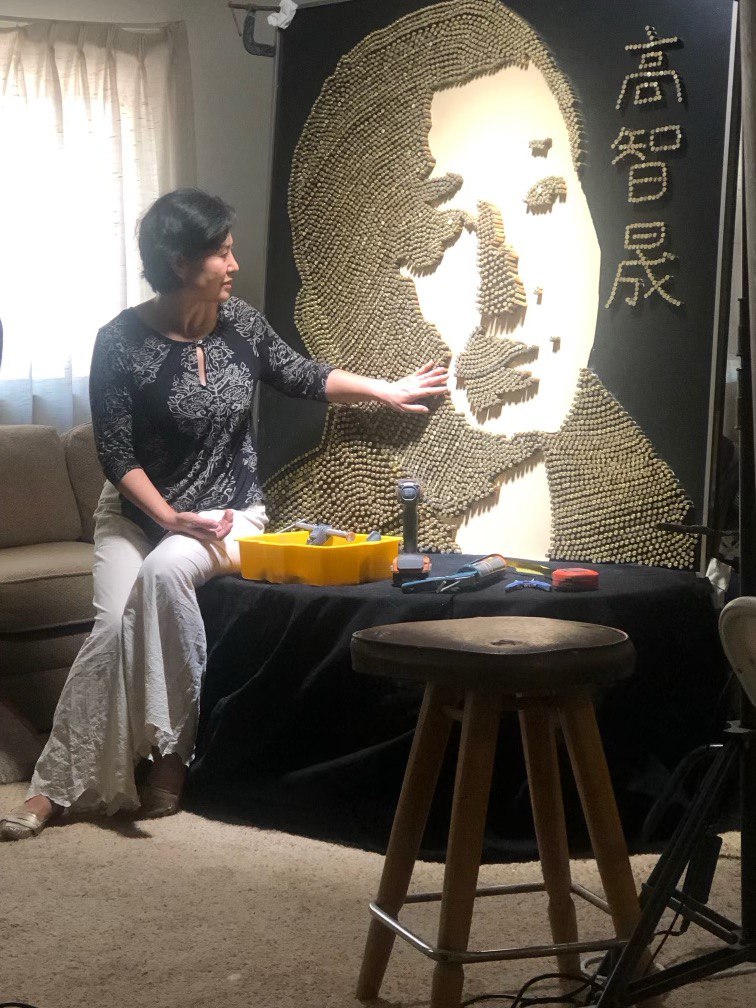 “An extravagant wish”: Wife of Gao Zhisheng reflects on his five years of forced disappearance

(ChinaAid, Washington DC—September 20, 2022) ChinaAid and Victims of Communism Memorial Foundation hosted an event honoring Gao Zhisheng, a renowned Chinese human rights lawyer who forcibly disappeared five years ago. During the press conference, Geng He, the wife of Gao, read a statement reflecting on the five years since her husband’s disappearance.

ChinaAid previously awarded Gao Zhisheng with the Lin Zhao Freedom Award, which Geng He also received in his absence. Gao received international attention and nominations for the Nobel Peace Prize. He has been imprisoned and tortured multiple times by the Chinese Communist Party. In his 2017 book Unwavering Convictions, he chronicled the abuse of the Chinese Communist Party including multiple instances of torture, abductions, and imprisonment.

Geng He continues to advocate for her husband, unaware of his condition. She and her family constructed 5,000 bullet casings in a sculpture of her husband and reflected on the experience in an article with the Washington Stand. Her full statement from the press conference today is found below:

My name is Geng He. I thank you for coming to witness our first “reunion” in 14 years. Here, our family finally is spiritually reunited in “Relief Sculpture of Gao Zhisheng.”

My husband, Gao Zhisheng, has been persecuted by the Chinese Communist Party (CCP) for nearly 20 years just because he adheres to professional legal ethics and his conscience!

In 2005, the Chinese authorities forcibly closed his Beijing-based Zhisheng Law Firm and revoked his lawyer’s license. After that, he was either arrested, locked up in a small confinement cell in the prison, secretly detained in the basement of the Beijing Armed Police, or placed under house arrest. Gao Zhisheng lost his personal freedom and his wife as well as his children, separated for 14 years.

He was incarcerated for three years in a black prison and subjected to countless tortures. Even if he was released from prison briefly, he was still under house arrest and had neither personal freedom nor access to a doctor. He was illegally kidnapped again five years ago. No one knows if he is alive or dead, and there has been no news for the last five years.

Because my husband was persecuted, it implicated me and my children. In 2009, I was forced to take my daughter and my son and embarked on our road of study abroad, which is also a road of escaping. It has been nearly 14 years. For fourteen years, I never saw my husband; the kids never saw their father; no phone calls, no videos, no audio from him! We don’t know whereabout he is, alive or dead!

Even though technology is so advanced in the 21st century, we only have a family picture of our son when he was two years old. I believe that everyone in this room has a smartphone and countless photos of their loved ones – no matter where you are, at your home, office, or on the road. No matter where you are on the planet, you can always look at your photos and videos of your parents, family members, children, and loved ones. This scene is normal for you and your family, but it’s only an extravagant wish for me and our children, and it’s been 14 years!

Today, I would like to thank the U.S. Government once again for granting asylum to me and my children at the fastest speed in 2009. But now, as an American citizen, I speak out: The husband of an American citizen suffers such horrific persecution that we don’t even know if he is alive or dead? Our whole family can only be reunited in this artwork this way. Of course, it is a tragedy for our family, the United States, and the international community which has been unable to find and protect my husband for more than five years. Is it not the shame of our society and the sorrow of all mankind?

It has been 16 years since the U.S. Congress passed Resolution No. 365 on April 27, 2006, urging the CCP to reinstate Gao Zhisheng and restore his law firm license. How has the resolution been implemented? The author of “Xinjiang Human Rights Report” by the former UN High Commissioner for Human Rights, Michelle Bachelet, can lead a team to Xinjiang to investigate the persecution of Uyghurs. Can the US Embassy Official in China not go to the hometown of US citizen Geng He’s husband Gao Zhisheng to find him? Even if after the investigation, there is information about what happened to my husband, the US embassy officials are obliged to inform the US citizens, right?

Please forgive me, although my child and I live safely on American soil, we have not escaped from the persecution, and we fear that the CCP has imposed on our entire family. We have been tortured to find out the well-being of Gao Zhisheng.

Please lend a helping hand – no one can stand idly by in the face of such a humanitarian disaster. I hope that such a virtual reunion will never be repeated on American soil in the future, and I look forward to your help!

May God bless America! May America protect all her citizens!