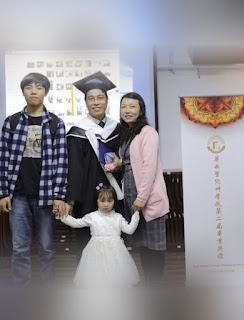 (Fenyang,
Shanxi Province—January 6, 2022) The wife of An Yankui received a notice of
arrest for Preacher An Yankui, sent out on December 28th by the Fenyang Public
Security Bureau. The notice stated: Arrested approved by Fenyang City People’s
Procuratorate, Department 2 [2021] No. Z14, at 10:00 on December 28, 2021, our
bureau executed the arrest of An Yankui on suspicion of illegally crossing the
national border; he is currently detained at the Xiaoyi City Detention Center.

Guo
Juan, the wife of Zhang Chenghao, member of Taiyuan Zion Reformed Church, also received a notice of Zhang Chenghao’s arrest from the Fenyang City Public
Security Bureau. Zhang Chenghao and An Yankui had the same charges and were
arrested on the same day and detained in the same detention center. On the same
day, Zhang Ligong and five other members of Taiyuan Zion Reformed Church in
Fenyang had their trial opened; they were charged on suspicion of “illegally
crossing national borders.”

A
few days ago, An Yankui’s wife, Yao Congya, and her lawyer went to the Xiaoyi
City Detention Center to deliver daily necessities to preacher An Yankui.
However, authorities refused the meeting on the grounds of the pandemic.
Previously, Zhang Chenghao’s wife Guo Juan and his lawyer had also gone to the
Xiaoyi Detention Center to deliver clothes. The lawyer applied for a meeting
but was told that Zhang Chenghao’s case involved national security and state
secrets. The unit in charge of Mr. Zhang’s case then issued a letter
prohibiting any meetings. The two wives were also summoned, and their homes
were raided after their husbands’ arrests. To this day, their mobile phones,
computers, and other personal belongings have not been returned.

After receiving the notice of arrest, An
Yankui’s wife posted Matthew 24:12-14 on her social media:

The increase in
lawlessness is the sole reason why people’s kind hearts have grown gradually
cold. Only those who endure to the end will be saved. The gospel of the kingdom
of heaven will be preached all over the globe, as a testimony to all peoples,
and then the end will come. (Chinese Union Version)

Guo Juan sent out a prayer of
intercession:

Today, Sister Ya and I received the arrest notices of preacher An and
Chenghao, respectively. Thank God for sending us gifts on the approaching New
Year’s Day, and we ask the Lord’s grace to shine upon everyone as always.