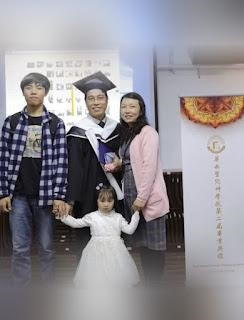 An Yankui’s wife detained right before his trial

(Taiyuan, Shanxi province—August 5, 2022) Yesterday, Zion Reformed in Taiyuan sent out prayer requests for Minister An Yankui and Zhang Chenghao, both charged with “illegally crossing the national border.” Their trial will be this morning.  Yao Congya, An Yankui’s wife, was taken away by police before the trial for 15-day detention.

Afterward, Zion Reformed disclosed that Taiyuan Yingze Police Station took away Yao Congya—the wife of An Yankui— on the excuse of inquiry. She has yet to return. Yao Congya informed her family via phone call that the police took her to do a physical exam before she would serve 15-day administrative detention.

On April 3, Yao Congya and other Christians of the church worshipped in a restaurant. Authorities raided the service and took away several Zion Reformed members. Many were not released until 5 AM the next morning. Police gave her and six other Christians 15-day detention and a fine of 500 yuan at that time. Detention has been postponed due to the pandemic, so police notified her that the detention would start right before her husband’s trial for 15 days.

The other Christians who were taken away to the police station will be administratively detained as well, and one of them is Wang Yingjie who is the only remaining minister of Zion Reformed at this point.

An Yankui is one of the ministers profoundly influenced by Pastor Wang Yi. Also, he is one of the first house church leaders to sign Wang Yi’s “Declaration of Faith for the Sake of the Christian Faith.” In the past few years, officials raided Zion Church multiple times, and Minister An Yankui was summoned on numerous occasions as well. The made-up charge of “illegally crossing the national border” is just an excuse the authorities use to persecute house churches. Members of Zion Reformed have also consistently turned down the authorities’ requests to join the Three-Self Church.