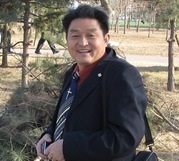 
(Suqian, Anhui–May 12, 2015) Authorities in China’s eastern Anhui province threatened a house church pastor on Friday after learning through monitored phone calls that the president of the Chinese House Church Alliance planned to deliver a sermon at the house church.

“I called Pastor Wu Changle, and the police listened to the phone call,” Pastor Zhang Mingxuan, president of the Chinese House Church Alliance, said. “The next day, six domestic security protection squad (DSPS) agents from the Suqian Municipal Public Security Bureau threatened Pastor Wu, saying that he must not welcome me.”

“They came to my house and said they knew Zhang had contacted me and planned on coming to visit,” Pastor Wu said. “They asked if I wanted him to visit and said the Chinese House Church Alliance has been banned.

“They said that if he comes to my home, I should just tell him I’m not there. I said Christians cannot tell lies. I’m home, and he wants to visit me because we haven’t seen each other in a long time. Why would I lie to him? The police said if I really want to see him, I can do so, but we can’t go to a gathering. They also said if I decide to welcome him, I should notify the DSPS that Zhang is coming and when,” Wu said.

Wu also said that police tried to place him under detention for five days following a previous visit from Zhang.

Zhang has faced repeated persecution from authorities across China. In Zhejiang in June 2014, Zhang was delivering a sermon at a house church in Jiaxing when approximately 10 SWAT officers raided the gathering and took Zhang and another man to a local police station for questioning. Zhang experienced a similar situation in Jiangsu in May 2014 when government officials stalked him before his scheduled sermon.