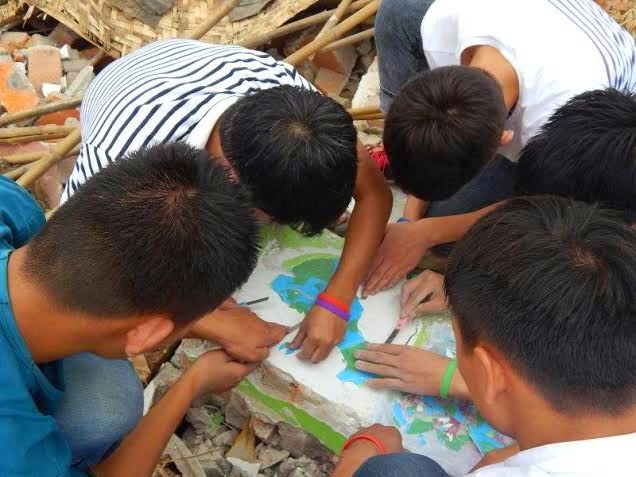 (Fuyang, Anhui—Sept. 16, 2014) Authorities in China’s coastal Anhui shut down and demolished a private, church-run school in early September, claiming that certain equipment did not meet safety standards. The school later appealed in an open letter to Chinese president Xi Jinping.

Officials at Shunchang School, a private school in Fuyang, Anhui, founded by the Yingshang Church, received a notice from the Fuyang Department of Education on Aug. 28 stating that the school had until Aug. 31, the day before classes started, to shut down due to fire extinguishers and other equipments allegedly not meeting safety standards, or else they would face demolition.

In addition, authorities notified parents that the school was going to be shut down, according to Fang Han, the school’s principal. However, on Sept. 1, students and teachers arrived at the school and proceeded to begin the school year as scheduled.

“They have all the licenses and meet the requirements of the state,” a pastor familiar with the circumstances told China Aid on Sept. 1. “They also meet the requirements for fire protection. From sixth grade to middle school, high school, and the school for the associate degrees, they all use the government’s system. They all use the government’s textbooks.”

The pastor also said that while the school is run by a church and most of the staff and students are Christians, the school doesn’t turn away non-believers.

One parent told China Aid that the local government is targeting the school solely because of its religious roots. “The government just wants to suppress and bully the school,” Mr. Ma said on Aug. 31. “My son and daughter both study at the school. I don’t know the reason why the Fuyang government is against Christians, and they also know all the students and teachers are Christians. 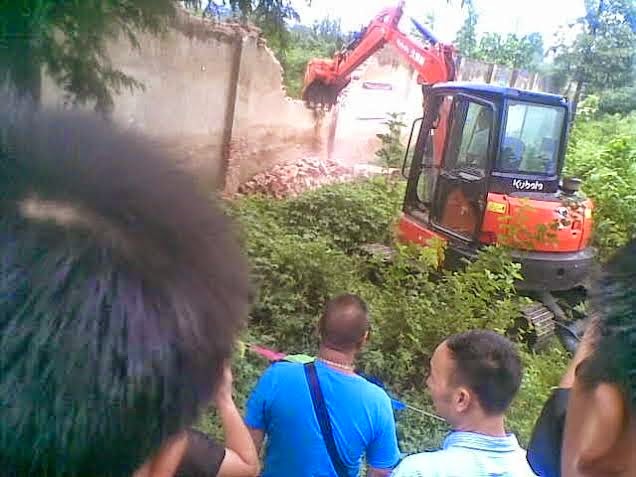 “The school will start tomorrow, and the government may come to harass them and drive away the students. We, the parents, will all go to the school and argue with the government. We will not leave. This school is very, very good. The character education rendered in this school cannot be found elsewhere. The [teachers] treat the students like their own children,” Mr. Ma said. Ma also told China Aid that an elementary school was in operation at Shunchang School last year, but the government shut it down.

In face of the threats of demolition, the school wrote an open letter to Chinese president Xi Jinping. Excerpts of the letter can be read below:

Dear President Xi, we are a private school in Yingzhou District, Fuyang, Anhui. We are suffering [from] the ruthless persecution of the local government. In the past two months or so, we have suffered too much unfair and unjust treatment at the hands of the local government. They use unscrupulous means to force the students and teachers to disperse to go to other schools. We can’t accept what they do to us. Now, we are in extreme misery, and we are living a miserable life. Over 800 teachers and students in our school expect you to show concern for us and rescue us and do justice for us.

In the beginning of this year, our school was found, in an unfair annual inspection, to be ‘disqualified.’ Then, they notified us that our school is in the way of a municipal project and should be demolished, and they told us to move out without any conditions. In order not to affect the project, we plan to move out unconditionally. However, all the schools that we can cooperate have been threatened by the relevant departments of the local government, and they now dare not cooperate with us.”

On July 1, [2014], the principal was handcuffed and taken away by over 10 people from five departments of the government. His home and office were illegally searched, and they took away some items. In August, when students from the graduating class came to school to learn about the school, the relevant department cut off the power to threaten the students and the teachers that they must leave the school. In the same manner, they cut off the power twice, and then they threatened the parents that they should take their kids back. They also threatened all the part-time teachers that they must not come to school to teach. Otherwise, they would be fired from their public employment. They sent people over to the school to see whether there were part-time teachers who dared to come to give classes. They entered the classrooms at will to affect the class instruction. [sic]

Meanwhile, parents are concerned about finding alternative education for their children after the school year has started. “I don’t know where I can transfer my kid, and I don’t know whether my kid can be transferred to another school,” one parent said. “I called the principal, Fang Han, at the school, but no one answered the phone.”

Additionally, there was no answer when China Aid tried to contact Fang after our initial contact on Sept. 1.

“The reason why they interfere in the school’s education is because of the Christian belief,” a local Christian said. “Anyway, they always find some other excuse. The government never follows the formal and official ways of doing things… I think the government is afraid that one the number of people who believe in Christ increases, the [Christians] would pose a threat to the government. However, we, the Christians, are not against the government.”

“It’s really painful to see this happen to the school. Christians have never done anything harmful to the society or to the country,” another believer said. “However, there are frequent incidents, in which Christians are persecuted, including the demolition, through force, of the crosses on churched in Pingyang [County, Wenzhou, Zhejiang].”

Fang told China Aid that since Shunchang School was founded in 2009, it has been forced to relocate 10 times.

Recently, persecution against church-run schools has increased. On July 26, authorities in China’s southern Hainan shut down the Wisdom Heart Kindergarten, which had more than 100 “left-behind” students, the children of migrant workers, enrolled, for “failing to pass annual inspection.” On Aug. 8, authorities in neighboring Guangxi Zhuang Autonomous Region shut down the Hualin Foreign Language Experimental Kindergarten because it used character-building textbooks compiled by the Guangzhou, Guangdong-based Liangren Church, which founded both kindergartens.

In addition, four Christians from Liangren Church were placed under criminal detention in early August for their part in running the Guangxi-based kindergarten; they were charged with “suspicion of illegal business operations.”