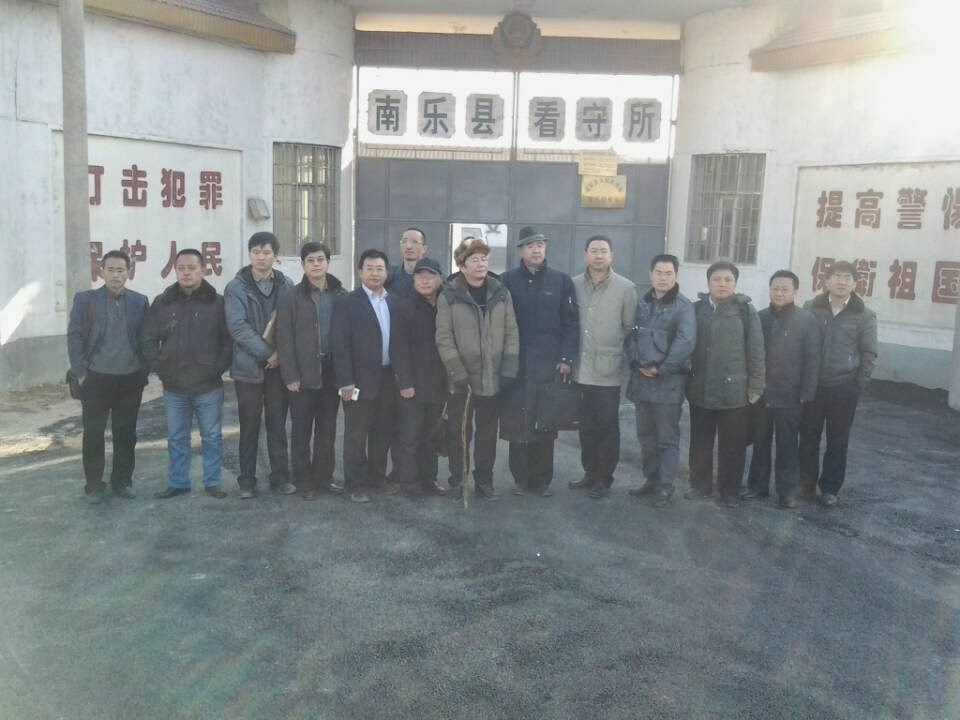 A group of Chinese rights lawyers advocating for a detained Christian pastor and his aides in central China said they were assaulted Friday by a crowd of unidentified people who also harassed a British television crew.

Lawyer Liu Weiguo said someone threw a brick at his head, causing it to bleed, and several other attorneys also were hurt as the crowd of men and women roughed up the lawyers, who had traveled to Henan province’s Nanle county.

The lawyers helped the Sky crew barricade themselves for several hours in an office at the county prosecutor’s office until the crowd dispersed and a government foreign affairs officer arrived to escort the journalists out, Liu said.

The confrontation was the latest in a land dispute that pits an influential local church leader against the county government. The crackdown has drawn the scrutiny of lawyers and activists around the nation.

The pastor, Zhang Shaojie, several of his aides, and about 20 churchgoers have been detained for three weeks with no access to lawyers. Their supporters say they are being punished for resisting attempts by the local authorities to seize the church’s land.

“Christianity in the Chinese system does not have any real standing,” said Yang Xingquan, a Beijing attorney who traveled to Nanle to help defend Zhang. “In Nanle, if they respected or attached importance to the church, they would not try to seize their land. They would reasonably provide adequate land for the building of the church.”

The crackdown is unusual for a state-approved church. China’s Communist government officially allows Christians to only worship in such churches, while unregistered congregations tend to be harassed.

Activists say local Chinese authorities often hire residents from the area to harass people or groups that police and other officials want to drive away.