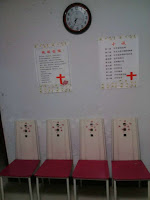 Arrests and detentions sweep across Xinjiang after Lunar New Year

Public security bureaus invaded a network of house churches known as Fangcheng Fellowship in Urumqi, Shawan County, and Kuytun, accused at least 80 Christians of “engaging in religious activities at non-religious sites” in the days leading up to and after the Lunar New Year. They were arrested for refusing to join the state-run Three-Self Church.

Similarly, on Jan. 20, police officers in Wusu, Xinjiang, disturbed a group of Christians at prayer in their church, after they were previously urged to join the Three-Self Church. The officers labeled their gathering illegal and took 10 of them away. Of those imprisoned, the authorities released the elderly, the sick, and those who had previously been arrested. Six women, including Chen Xiangyan and Zhu Xiaohua, were detained for 15 days, beginning on Jan. 25, and fined 1,000 Yuan ($145 USD) for “gathering and praying under the name of Christianity.”

When recounting the event to a China Aid reporter, Chen said, “We believe in Jesus wholeheartedly. What just happened was not fair. We did not cause trouble. We did not bother the neighbors. All we did was study the Bible. [The police] said that we might be controlled by bad people, but I promised him that we knew what we were doing, because we believed in Jesus, not someone bad. They would not listen to me and directly transferred us to the detention center. They fined each of us 1,000 Yuan. We didn’t receive a receipt until now. ”

Additionally, Chen said she was charged with setting up private religious gatherings.

The detainees were released on Feb. 9.

According to Zhu, authorities previously persecuted the church’s members and urged them to join the Three-Self Church, insisting that they broke the law by meeting privately. Church members were seized and ordered to stop gathering.

China Aid reports abuses, such as those experienced by church members in Xinjiang, in order to stand in solidarity with persecuted Christians and promote religious freedom, human rights, and rule of law.