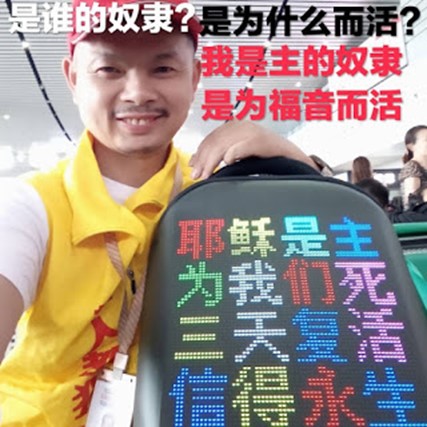 Police again detain Chen Wensheng; seize eight other Christians for sharing the gospel on the street

Christian Chen Wensheng, aka “Gospel Warrior,” shares the gospel on the street or in jail.
(Photo: ChinaAid resource)

(Hengyang, Hunan Province—May 27, 2021) On May 20, Hengyang police officers administratively detained Christian and gospel warrior Chen Wensheng for 15 days again for spreading the gospel on the street. Officers also seized another eight Christians for the same offense. 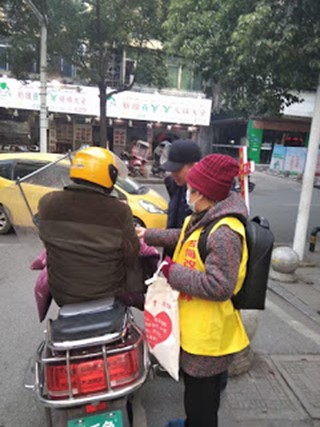 Chen Wensheng and his 84-year-old mother share the gospel on the street.
(Photo: ChinaAid resource)
A previous ChinaAid post reported that police initially detained Christian Chen on the first day of 2021 for publically preaching and sharing the gospel. For that first New Year’s Day offense, he spent 10 days in the detention center. Nevertheless, the day officials released him; he again shared the gospel on the street. This time his 84-year-old mother joined him.

Regarding his May 20 detention, Christian, Gospel Warrior Chen posted the following on his WeChat Moments:

As Christian Chen zealously shares the gospel, he often holds crosses with slogans with sayings like:

At times, Christian Chen shares the gospel on the streets alone. Sometimes, other Christians join him in sharing the message of the cross. Other times, his mother accompanies him when he shares the “good news.” As a result, local police have transported him and those who may be with him to their station many times.

This year, although free from the prison of drug addiction, police have imprisoned Christian Chen four times. In turn, he knows many of the individuals the Chinese Communist Party (CCP) employs at local police stations and detention centers.

Each time, police officers arrest Christian Chen, he smiles and tells them, “ Jesus loves you. God bless you. I’ll go with you.” When released, he thanks the police officers and blesses them.

“Stop sharing the gospel on the street.”
If you don’t quit…—we will arrest you again.

Christian Chen does not plan to quit…. If the time comes that CCP authorities sentence him to serve time in prison, he said that he has made up his mind that whether “free,” in jail, or in prison—he will share the gospel.

Yubing, ChinaAid Special Correspondent
###
Therefore do not be ashamed of the testimony of our Lord,
nor of me His prisoner,
but share with me in the sufferings for the gospel
according to the power of God…
~ 2 Timothy 1:8 (NKJV)
China Aid exposes abuses in order to stand in solidarity with the persecuted and promote religious freedom, human rights, and rule of law. If you wish to partner with us in helping those persecuted by the Chinese government, please click the button below to make a charitable donation.