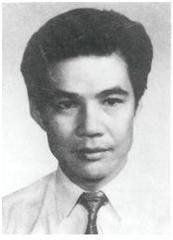 WASHINGTON, D.C.—Today, U.S. Sen. Sherrod Brown (D-OH) urged President Obama to seek the release of Peng Ming, a human rights activist whose daughter is a high school student in Shaker Heights. Brown’s effort is in advance of President Obama’s meeting today and tomorrow with Chinese President Xi Jinping in California.“Peng Ming’s imprisonment in China is a travesty of justice,” Brown said. “President Obama should urge President Xi to immediately release Mr. Peng so he can be reunited with his daughter and family in the United States and recuperate from a serious heart problem and kidney stones that have gone untreated by Chinese authorities,” said Brown, who met with Mr. Peng’s daughter, Lisa, and Lisa’s mother Ying Nie in April.

“Lisa is a bright and talented young woman who has been denied a father for more than nine years,” Brown continued. “Her courageous advocacy is an inspiration to us all.”

Lisa and Ms. Nie live in Shaker Heights, where Lisa attends Laurel School. Mr. Peng is currently serving a life sentence in a prison in Xianning, Hubei province, China—a detention that the United Nations Working Group on Arbitrary Detention has found to be in contravention of Mr. Peng’s rights to freedom of expression and association. Mr. Peng and his family fled China in 2000 after he served time in reeducation through a labor camp for his organization of an environmental group. In 2001, the United Nations High Commissioner for Refugees granted Mr. Peng and his family refugee status, and they came to the United States later that year. In 2004, Mr. Peng was traveling in Myanmar when he was apprehended, taken to China, and sentenced.

Brown’s letter to President Obama can be read in its entirety here.


Last month, Brown also wrote a letter to the U.S. Embassy in China urging for the release of Mr. Peng.

Brown is chair of the bipartisan Congressional-Executive Commission on China (CECC). Congress created the CECC in 2000 to monitor China’s compliance with international human rights standards, to encourage the development of the rule of law in the People’s Republic of China, and to establish and maintain a list of victims of human rights abuses in China. The Commission submits an annual report to the President and Congress on these subjects.

Brown has long fought to hold China accountable for committing human rights and trade violations. In October 2012, the CECC released its 2012 Annual Report on developments in human rights and rule of law in China. Last month, Brown chaired a CECC hearing on “Food and Drug Safety, Public Health, and the Environment in China.” The recent bird flu outbreak, reports of dead pigs and contaminated food products, and dangerous levels of air pollution, have raised concerns among both China’s own citizens and American consumers about the Chinese government’s ability to cope with these problems.

In July 2012, Brown chaired a hearing of the CECC regarding workers’ rights. He also sent a letter to the CEO of Apple on the harsh and often-dangerous working conditions faced by workers in the company’s China-based factories. In March 2012, the Fair Labor Association (FLA) issued findings of an investigation into the factories of Foxconn, an Apple supplier. Apple has made commitments to take concrete steps to address findings identified in the report.

Brown also is the author of the Currency Exchange Rate Oversight Reform Act. Following new figures that show a 34 percent jump over last month’s U.S.-China trade deficit, Brown introduced this week the Currency Exchange Rate Oversight Reform Act of 2013, bipartisan legislation that would reform and enhance oversight of currency exchange rates. Specifically, the bill would use U.S. trade law to counter the economic harm to U.S. manufacturers caused by currency manipulation, and provide consequences for countries that fail to adopt appropriate policies to eliminate currency misalignment.