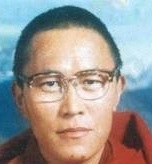 It is very common for church pastors take a Sabbatical, where they rest, restore, and study further. In his letter thanking the Christians around the world on August 5, Pastor Huang Yizi said he is so grateful that God gave him a one-year “Sabbatical in prison.”

Pastor Huang was released on August 1. A year ago, he was imprisoned for organizing a prayer meeting in front of a government building in Wenzhou, Zhejiang. He prayed with Christians from different churches after government officials forcibly removed a church’s cross and violently beat church members. The pastor was accused of “gathering crowds to disturb public order” and sentenced to one year in prison.

After mentioning how he was interrogated nearly 100 times with each time lasting from one to 6-1/2 hours, Pastor Huang said he rejoiced during his time in prison. He then described some details of his prison ministry. Throughout his time in five different sections within the prison, he encountered about 150 prisoners. During his encounters, Huang was able to share his faith and quickly became popular among his fellow prisoners many of whom became Christians.

Pastor Huang said one of the new Christians is a former mafia boss, whose life changed dramatically after being led to Christ. The former mafia boss turned Christian said he will share the Gospel with the hundreds people that work under him.

According to a Christian who talked with the pastor after his release, Pastor Huang cried five times during his time in prison.

He first cried when he heard that church crosses in Mabu, Xianqiao and Shangzhou districts were removed.

He cried again on September 1, 2014, when he learned his daughter was about to start middle school because he usually escorted her to elementary school daily.

When he heard that his son and daughter were eating noodles at the prison gate on Chinese New Year to let him know he wasn’t alone, he cried again.

On July 23, he wept when his wife visited him and told him the cross demolition campaign was intensifying.

Finally, Huang cried again when his wife visited and encouraged him to be strong in his faith just before his release.

As a Christian, I admit one of the hardest things is being able to “rejoice in our sufferings” (Rom. 5:3) because our instinct is to avoid suffering and attempt to get rid of it. Pastor Huang’s joys and sorrows help us increase our true joy even in the midst of persecution because suffering is not a surprise but an eternal plan for hope in Jesus Christ.

Pastor Huang ends his letter with 2 Co 4:8-9: “We are hard pressed on every side, but not crushed; perplexed, but not in despair; persecuted, but not abandoned; struck down, but not destroyed.”


The international community received news that Tenzin Delek Rinpoche, a Tibetan monk and China 18 member serving a life sentence in Sichuan province, passed away on July 12.

tion on the monk’s death and cremated his body before an autopsy could determine his cause of death, which went against requests made by the International Campaign for Tibet (ICT) and other human rights organizations.

During his 13 years in prison, the Tibetan monk’s health rapidly deteriorated, which led to advocacy for medical parole on his behalf by China Aid and numerous other human rights allies, including Congressman Jim McGovern, (D-Mass.).

Tenzin Delek Rinpoche represents thousands of other Chinese prisoners of conscience who are often detained on false charges and forced to suffer appalling treatment in prisons, including lack of medical attention, malnutrition, isolation, and torture.

China Aid advocates for 18 individuals representing those imprisoned for their religious or political beliefs by joining other NGOs and members of Congress. Together, we engage the U.S. government and international community, encouraging them to demand the release of these prisoners.

Numerous news agencies reported on the unprecedented detention and interrogation of human rights lawyers, legal professionals and advocates that began on July 9 and encompassed 24 provinces and municipalities. Since these incidents occurred, China Aid spoke to several of the lawyers affected by the crackdown and advocated for their release.

The China Human Rights Lawyers Concern Group (CHRLCG) reported that lawyer Ms. Wang Yu, who is well-known for taking on some of China’s toughest human rights cases, was the first to go missing after police took her into detention on July 9.

After Wang Yu’s abduction became known, more than 100 human rights lawyers released a joint statement, calling for her safe return. Unfortunately, many of the letter’s signatories were detained or interrogated in the following days. At present CHRLCG is reporting that more than 267 individuals were either detained or interrogated, 16 of whom remain missing, under surveillance or in custody.

China Aid spoke to lawyer Zhang Kai, who was in Wenzhou, Zhejiang province, on July 11 after he was released from interrogation. Zhang detailed his experiences: “At about 2 a.m. last night, a dozen public security bureau officers and local police officers rushed into my hotel room and detained me and my two assistants. During their interrogations, they … indicated that [a prominent] Beijing law firm will be punished very severely. I feel that a major wave of persecution is coming.”

The details of Zhang Kai’s account and his subsequent warning that these crackdowns may be the beginning of a wider campaign signal the Chinese government’s unwavering intent to suppress any perceived threats to the Chinese government or the Communist party, including Chinese citizens working at their peril to advocate for the rule of law and basic civil and political rights, such as the human rights lawyers and advocates detained and interrogated.

Many speculated about the catalyst of the crackdown, including the much-criticized National Security Law, which was issued on July 1, 2015. The U.S. Department of State issued a statement on July 12, drawing a connection between the recent crackdown on human rights lawyers and China’s new security law.

China Aid reported on the potential ramifications of the National Security Law, namely the Chinese government using the law as a “pretext to increasing restrictions on civil and political rights in China and to justify and perhaps enhance harassment of human rights lawyers…”

Moving forward, the Chinese government’s actions and treatment of human rights lawyers will be closely monitored by the international community, including individuals and organizations who have a stake in China becoming a credible and trusted partner that not only abides by international human rights standards but can effectively govern without implementing draconian tactics to suppress its own citizens.

China Aid’s Legal Defense Fund provides assistance to lawyers such as those affected by this crackdown. In doing so, China Aid equips lawyers with the means to successfully defend human rights, rule of law and religious freedom in accordance to China’s Constitutional law.