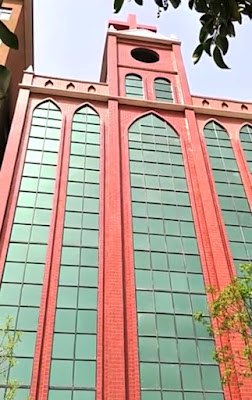 Authorities crackdown on churches in Henan

(Luoyang, Henan—April 10, 2018) Chinese Christians are pleading with the international media to cover their case as tensions worsen in the wake of the implementation of revised Religious Affairs Regulations, particularly in China’s central Henan province.

Authorities ordered the immediate removal of a 20,000 yuan ($3,183.20 USD) outdoor cross constructed by a newly-built Three-Self Church, which hadn’t even decorated its interior yet. “Three-Self Church,” shorthand for the Three-Self Patriotic Movement, is a network of government-run and censored churches within China. The officials said that the cross violated regulations. The Christians, however, do not wish to demolish the church and are currently praying about what to do. They hope that church members across China will pray for them.

A Christian surnamed Cao said that the government closed a large number of churches in Henan since the beginning of this year. In addition, authorities canceled Sunday schools in Three-Self Churches.

Another Christian said, “Some house churches split into small groups. The government removed many church crosses.”

According to another person with knowledge of the conditions in Henan, the government had planned to confiscate the cross of a church in Zhecheng, but since overseas media were covering the situation, they did not dare to act.

Li, a Christian who attends a house church in Nanyang, said that the government is eliminating house churches, which are churches that are not affiliated with the Three-Self Church and often targeted. “The condition is deteriorating, but the obstacles tie the house churches together and direct them to God.”

This persecution comes on the heels of the implementation of the revised Religious Affairs Regulations on Feb. 1, which outline stricter measurements against religious practitioners and allows for more government involvement in religious life. In Henan, the Chinese government is testing the operation of “Sinicizing Christianity,” or tailoring it to the Communist Party’s agenda, and other Christians are worried that the suppression will soon spread to their localities. Chinese Christians are praying and requesting overseas media and organizations follow this crisis.

ChinaAid exposes abuses, such as those suffered by Christians in Henan province, in order to stand in solidarity with persecuted Christians and promote religious freedom, human rights, and rule of law.