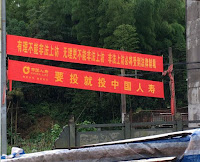 
(Wenzhou, Zhejiang—June 28, 2016) A local court in China’s coastal Zhejiang province will try a Christian arrested for protesting the events surrounding the attempted demolition of his church’s cross on Thursday.

Li Guisheng, the attorney hired to represent defendant Ji Qingcao, alleges that his client has been falsely accused of “the crime of obstructing government administration” for petitioning authorities in Beijing on behalf of Yazhong Church.

On Sept. 25, 2014, government personnel detained church members resisting a cross demolition attempt. During the incident, the protesters successfully rescued one of the Christians who had been seized by police. Additionally, the church reclaimed confiscated video footage of the event, and Ji posted it to the internet, which prompted police to criminally detain him on Jan. 9, 2015.

Following his release on bail on March 7, 2015, Ji traveled to Beijing to petition to higher authorities. Police placed him on a wanted list and formally arrested him exactly one year later, on March 7 of this year. His court hearing will be held on June 30.

Recently, officials papered Taishun County, where Ji resides, with banners encouraging people not to petition higher authorities, but rather “maintain social stability,” and issued a notice on June 15, entitled, “Cracking Down on Evil Forces, Uprooting Sinister Influences and Reorganizing and Managing Illegal Petitions.” The latter called for increased management of petitioners and specified that all people who have organized or instigated such a “social disturbance” should turn themselves in to the police within a month.

China Aid reports on abuses, such as those suffered by petitioners, in order to promote religious freedom, human rights and rule of law in China.