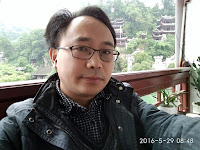 (Guiyang, Guizhou—Oct. 25, 2016) A house church in China’s southern Guizhou which has struggled against authorities’ demands for more than a year, recently had its bank accounts frozen as authorities demanded three of the church’s pastors pay fines totaling approximately $32,500.

According to the Notice of Execution issued by the Guiyang Municipal Law Enforcement Bureau, the three issued the notice, Su Tianfu, Liang Xuewu and Zhang Xiuhong would have to pay a fine for the administration of the Urban and Rural Construction Executive Punishment case against them.

The three pastors were required to pay all of the fine within three days of receiving the notice, even though Zhang is currently being held in detention.

Authorities detained Zhang, the chairman of the Huoshi Church’s executive board, in late July 2015, and charged her with “illegal business operations.” Right after she was detained, the police froze the church’s bank account of 600,000 Yuan so the church could not repay its actual property loan to the bank on time.

Su said he is currently unable to pay even his own personal basic living expenses, and that it is impossible to find additional money to pay the fine.

“I do not have income at all after the government banned our church,” Su told the court. “Besides, I think that the fine is too steep. It is absolutely unprecedented in the country. We are the first and only church to be fined so heavily.”

At the time of her arrest, Zhang was accused of using the cash register of a beauty shop she owned to illegally withdraw cash. The Procuratorate officially arrested her on Sept. 1, 2015.

In March 2016, six months later, the court began to try the case, but never held an official hearing. According to inside reports, the court was meant to schedule a session for Zhang’s case sometime after Oct. 1, but there is no word on when her trail will actually occur.

China Aid reports on instances of persecution, such as the demands and fines faced by Huoshi Church and its pastoral staff, in order to expose religious freedom abuses and other human rights violations perpetuated by the Chinese government.