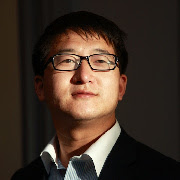 
(Hohhot, Inner Mongolia—Aug. 31, 2016) The mother of renowned human rights lawyer Zhang Kai published a distressed update yesterday, saying that police surrounded her home and attempted to seize her son. Earlier that day, Zhang had publicly renounced statements he was forced to make during an interview.

In an attempt to maintain the pretense that the Chinese government justly punishes human rights activists, officials forced Zhang to attend the Aug. 4 trial of lawyer Zhou Shifeng, after which he was pressured into condoning the government’s treatment of human rights lawyers in an interview. On Aug. 30, he posted a message on WeChat, a popular social media service, refuting his statements, requesting the forgiveness of the lawyers’ family members and explaining that he had been under great duress after experiencing a six-month detention that was “all black and no daylight.”

Zhang was originally apprehended on Aug. 25, 2015, for legally representing about 100 churches affected by an ongoing demolition campaign in Zhejiang province. Charged with “gathering a crowd to disturb public order” and “stealing, spying, buying and illegally providing state secrets and intelligence to entities outside of China,” he was held incommunicado in an unofficial prison known as a “black jail.”

Six months later, he reappeared on state television on Feb. 25, 2016, where, during an interview, he was forced to confess to his alleged crimes. Days later, he received a criminal detention sentence, which was cut short when he was released on bail on March 23. Since then, he has been living with his family in Hohhot, Inner Mongolia.

Zhang Kai confirmed that he published the message during a phone call with a China Aid reporter, but stated it was “inconvenient” for him to receive interviews at this time.

A day later, his mother wrote on social media that police came to her house and attempted to take Zhang into custody once again.

Translations of the two social media messages, as well as the interview between China Aid’s reporter and Zhang, are forthcoming.

China Aid exposes abuses human rights and religious freedom abuses, such as those experienced by Zhang Kai, in order to protect the right of Chinese Christians to practice their faith.

Zhang Kai’s Statement
1. Because of my Christian beliefs and desire to have a clear conscience, I formally declare: On Aug. 4, I accepted an interview with iFeng Satellite TV and other media concerning Zhou Shifeng’s case. This was not what I really wished for, but I was forced to convey what I did out of fear. I now revoke all of my comments.

After I experienced half a year of detention that was all darkness with no daylight, my elderly parents felt apprehensive. All along, I was powerless to overcome the fear and psychological harm that was brought about as a result. Furthermore, I was powerless to contend against the authorities’ pressure.

2. I want to repent before God for what I have done because of my weak heart and fear. I request forgiveness from the family members of [human rights lawyers] affected by the 709 incident.

3. Brothers and sisters in the Lord, please pray for me.

The Wenzhou police came to talk to my son this morning. In the worst case, he could go to jail again. Since he was released, he hasn’t had one day of freedom! They have the television and prisons [Editor’s note: She is referring to when Zhang was forced to confess to his crimes on a state-controlled television broadcast]. What do we have? We only have our lives! Let it be!


Zhang Kai’s mother posted a notice saying the Wenzhou police came last night. They blocked his Weibo, and it looks like they might take him away. No matter what happens, I believe that my son can face it!