Vice President Mike Pence has signaled that the Trump administration is open to using the Global Magnitsky Act to sanction top officials in Xinjiang, China, where more than 1 million Uighur Muslims are being held in internment camps, according to a Chinese religious freedom advocate who met with Pence at the White House Monday.

Driving the news: Bob Fu, founder of ChinaAid, said that Pence also told him that he planned to give a second speech about China in the fall to address religious freedom issues. Beijing has been paying close attention to Pence’s plans for a second speech, as the vice president has been at the forefront of the administration’s confrontation with China. So hawkish was a speech Pence gave in October that the New York Times framed it as a portent of a “New Cold War.”

Behind the scenes: Fu told Axios he sat next to Pence at the meeting and handed him a list of 9 officials, including Chen Quanguo — the Chinese Communist Party’s secretary of Xinjiang who has been dubbed the brains behind the detention camps. Fu said Pence made no commitments but told him he would personally follow up about the recommendation to sanction the individuals. Pence’s office did not respond to requests for comment.

Why it matters: As we’ve reported, much of the world has shrugged as the Chinese Communist Party has detained over a million Uighur Muslims in Xinjiang in “political re-education” camps. The Communist Party has posted 100,000 jobs for security personnel in Xinjiang in just the last year, reports Quartz. The province has turned into a police state, with officials surveilling Muslim residents, collecting their DNA and seizing their passports.
Only a handful of countries have come out against Beijing on the Xinjiang issue. Meanwhile, several authoritarian regimes, including Saudi Arabia, Russia and North Korea, have signed a letter expressing support for China.

Between the lines: While the Trump administration has condemned the internment camps, it has taken no specific action against Beijing for the human rights abuses. Magnitsky sanctions — if imposed — would be a significant step.

The big picture: Pence’s meeting with the Chinese human rights advocates on Monday came on the same day President Trump took another step to escalate his economic conflict with China. Just hours after the meeting, the Treasury Department labeled China a currency manipulator. 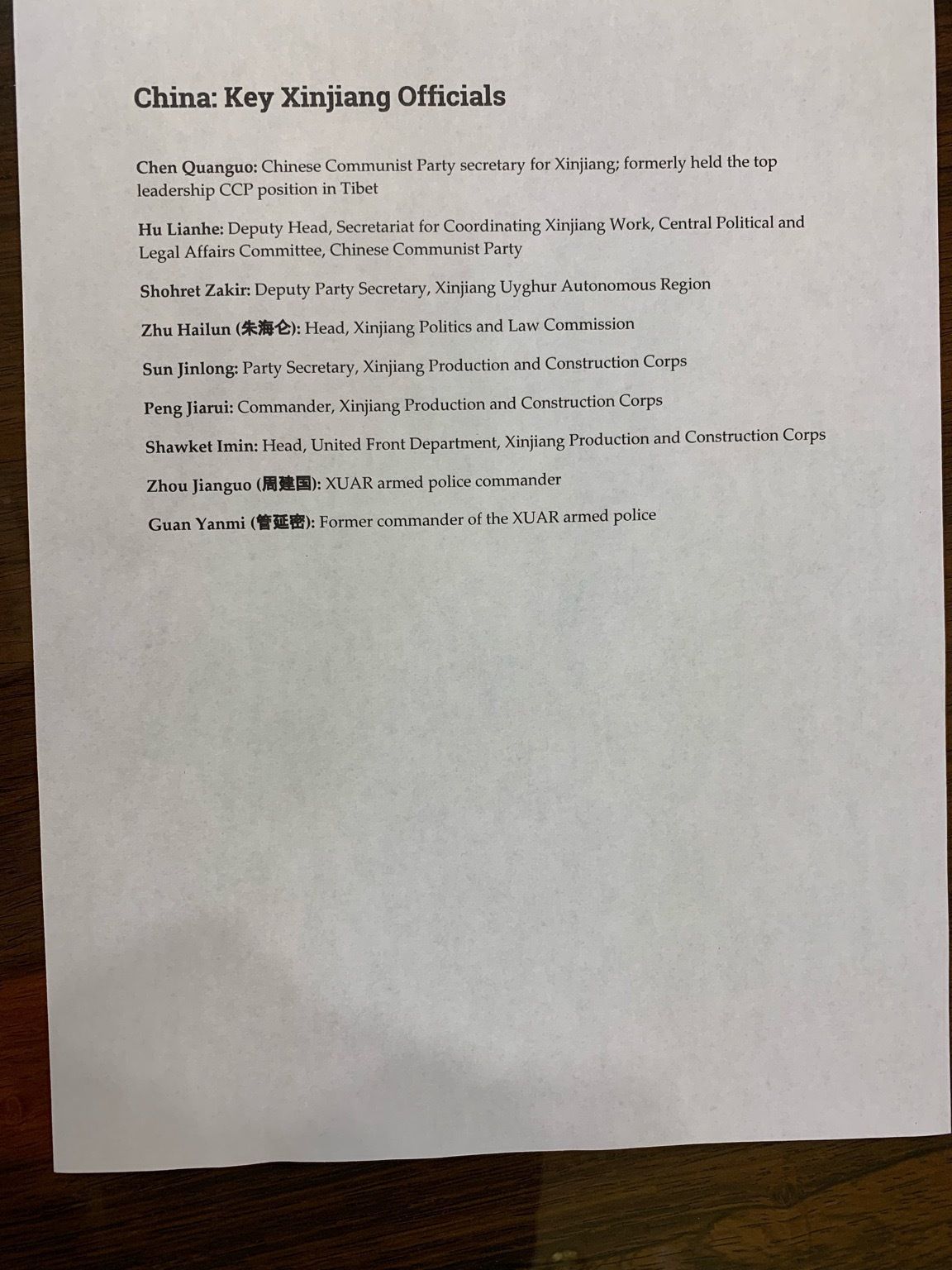