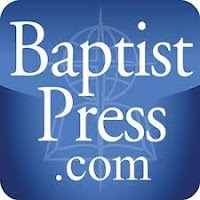 NASHVILLE (BP) — Persecution of Christians and other religion groups in China has increased in scope, depth and intensity in the past year, according to the latest annual reports from religious persecution watch groups.

The U.S. Commission on International Religious Freedom (USCIRF), and the international non-profit China Aid Association USA both report high increases in abuses against Christians and other religious groups in the 12 months of 2014.

Religious persecution in China rose more than 152 percent comprising six categories of persecution, China Aid reported in its 2014 Annual Report of Religious and Human Rights Persecution in China, The Year of “Persecution and Endurance.” The largest increase was noted in the number of persons sentenced for religious and human rights violations, which rose more than 10,516 percent, from 12 arrests in 2013, to 1,274 arrests in 2014.

In addition to the numbers, the depth and intensity of persecution far exceeded that of 2013, and was also more widespread, China Aid reported. The government persecuted house churches as well as the government-sanctioned Three-Self churches.

“Certain Christian sects throughout China were banned, such as ‘the Church of Almighty God,’ leading to the arrest and conviction of more than 1,000 religious adherents. The Chinese government also made significant efforts to promote ‘the construction of Christianity with Chinese characteristics,’ or ‘sinicization,'” China Aid reported, “thus attempting to transform Christian theology into a doctrine that aligns with the core values of socialism and so-called Chinese characteristics.”

USCIRF, in its 2015 Annual Report, said persecution targeted any religious belief or practice the Chinese government considered a threat to national security or social harmony.

“Religious freedom conditions for Tibetan Buddhists and Uighur Muslims remain particularly acute, as the government broadened its efforts to discredit and imprison religious leaders, control the selection of clergy, ban certain religious gatherings, and control the distribution of religious literature by members of these groups,” USCIRF reported. “The government also detained over a thousand unregistered Protestants in the past year, closed ‘illegal’ meeting points, and prohibited public worship activities. Unregistered Catholic clergy remain in detention or disappeared…. The Chinese government also continues to harass, detain, intimidate, and disbar attorneys who defend members of vulnerable religious groups.”