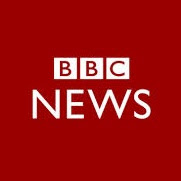 ■ The UK has “urgently enquired” for information from Chinese and local officials after a British bookseller disappeared in Hong Kong, Foreign Secretary Philip Hammond has said.


UK passport holder Lee Bo, 65 – also known as Paul Lee – is one of five booksellers who have gone missing.

All five men worked for a publisher known for books critical of China.

Activists fear they have been detained by Chinese officials. The Foreign Office said it was “deeply concerned”.
Mysterious letter

The disappearances have sparked fury from lawmakers and activists in semi-autonomous Hong Kong, adding to growing unease that freedoms in the city are being eroded, the BBC’s Hong Kong correspondent Juliana Liu said.

Mr Lee is the latest bookseller to go missing, after raising the alarm about four of his colleagues at publishing house Mighty Current, who disappeared in October.

He disappeared last week and was last seen in Hong Kong. A letter faxed to his bookshop, apparently written by Mr Lee, says he travelled to China on his own and is fine.

Activists believe the letter is genuine – but was written under duress. However, Mr Lee’s wife, Sophie Choi, has withdrawn her request for police to help find him saying he has been in contact. She had previously told the BBC she was “really afraid” about his whereabouts.

Speaking at a news conference in Beijing alongside his counterpart, Chinese Foreign Minister Wang Yi, Mr Hammond said he had raised concerns about Mr Lee’s whereabouts.

“These people have gone missing. A Mr Lee Bo, who is a British passport holder, has gone missing and we have urgently enquired both of the Hong Kong authorities and of the mainland Chinese authorities what if anything they know of his whereabouts,” he said.
Diplomatic tensions

Mr Wang told journalists the missing bookseller was “first and foremost a Chinese citizen”, while the Chinese foreign ministry has said other countries had “no right to interfere”.

But Mr Hammond said that any charges against Mr Lee should be dealt with in Hong Kong, not mainland China.

“Our view is that the Basic Law, the joint declaration, the principle of One Country Two Systems means that in a question of any breach of Hong Kong laws the question must be settled in Hong Kong by the Hong Kong judicial system.”

Mr Lee’s disappearance has sparked an outcry in Hong Kong, where some suspect he may have been kidnapped and illegally transported across the border to mainland China – in a process akin to extraordinary rendition.

Activists believe he may have been detained because of a book about the private life of Chinese President Xi Jinping.

The BBC’s correspondent in Beijing, Steve Evans, said the booksellers had been publishing “pretty scurrilous stuff about mainland Chinese politicians” which was freely available in Hong Kong, but had been seeping over into mainland China.

If they have been snatched by the Chinese authorities, that would represent a breach of the guarantees made by China to Britain when Hong Kong was handed over to China in 1997, he said.

“It matters for Hong Kong, because if there is perceived to be an erosion of the rule of law, that throws into doubt the whole basis on which this system of one country, two economic systems, is upheld,” he said.
Press freedom

A Foreign Office (FCO) spokesman said: “We are deeply concerned by reports about the disappearance and detention of individuals associated with the Causeway Bay Books bookstore in Hong Kong,” the statement said, referring to the affiliated shop.

“We can confirm that one of the individuals is a British citizen and we have urgently requested the Hong Kong and mainland authorities’ assistance in ascertaining this individual’s welfare and whereabouts,” he said.

The FCO urged the Hong Kong government to “honour its commitment” to press freedom.

It added that it hoped Chinese authorities would “continue to make every effort to ensure that the environment in which the media and publishers operate in the Hong Kong… supports full and frank reporting”.