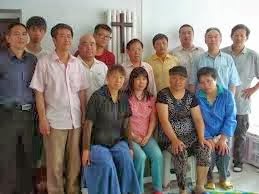 
(Beijing—March 11, 2014) Members of a house church in Beijing were harassed by men from China’s coastal Anhui province, who accused the church of engaging in anti-Communist activities, on Saturday.

Members of Holy Love Fellowship, located in the Tongzhou District of Beijing, were approached by two men, claiming to be from Bengbu, Anhui. The men said they were looking for Shi Xinhong, one of many non-locals in the area who have come to Beijing to petition higher authorities about disputes back home. Many of these petitioners have joined the church during their prolonged stay in Beijing.

Christian Zhou Jinxia told China Aid that the men showed up outside the church between 1-2 p.m. on Saturday, saying that they wanted to help Shi solve issues she was facing in her effort to petition the Beijing authorities. Zhou told the men that if all they wanted was to help, they could talk to him since Shi wasn’t around.

“Then, they couldn’t go on with their story, so they began to smoke. I told them to stub out the cigarettes. Then they continued their talk,” Zhou said.

Zhou said he then told the men to leave. Instead, they called the police, saying that the church was against the Chinese Communist Party and had abducted and controlled Shi, whom one of the men claimed was his aunt. The men stayed at the church and continued to harass believers even after calling the police.

Zhou said that shortly after the men called the police, two more men showed up. “By 3 p.m., they were still stalking us…even when we went to the restroom. We called the police and told them they were harassing us, but the police said the people from Anhui had already been taken to the local police station… The police never sent officers.”

At some point that afternoon, the four men either left or where taken from the church by authorities, but another group of people show up to harass the Christians. Details surrounding the comings and goings of the individuals from Anhui are currently unknown.

“They came in two vehicles. Who they are, we don’t know… At this moment, they are still parked outside our church, and they are stalking us,” Zhou said on Sunday, giving China Aid information about the vehicles, including the make and model of one car and the license plates of both.

On Jan. 24, a group of 19 believers attempted to meet for a Bible study and deliver medicine and food to a believer at his home. Shortly after arriving at Zhang Wenhe’s house, 15 of the believers were taken into custody by officers from Liyuan, a town within Tongzhou District.

The group of detained believers was transferred to the Beijing Municipal No. 1 Detention Center on charges of “holding an illegal assembly.” Since that time, ten believers have been released after a month of criminal detention, and two visiting Christians were sent to their home in Tianjin, Beijing’s neighboring municipality.

Two more believers may have been released since China Aid’s last report on Feb. 26; however, details about those believers and the one Christian who is said to still be held in official custody are unclear.

The transfer of detainees from Liyuan to Beijing was cause for some speculation among church members. “Beijing No. 1 Detention Center is the most strict detention center in China, as it exclusively detains inmates on death row,” church elder Xu Yonghai said.

Xu reported that church members are still under surveillance and that some are under house arrest. He stressed the severity of the persecution: “We can say this is the first time since the Communists took power in China [in 1949] that they have taken all the members of a church to a detention center. This is the most serious ban because all were taken to the detention center.”

Banned from meeting
Xu also said that the church has been banned from meeting. “Whether we will persist in our household meetings is our problem. They shouldn’t think we will not get together just because they have banned us,” he said.

“That is why I want to write a letter to them and ask them if they will allow us to get together in our meetings and to study the Bible,” Xu said. He told China Aid that he wrote a letter to the delegates of the Chinese People’s Political Consultative Conference and the National People’s Congress, which began on March 3 and 5, respectively.

Xu said he was surprised at the ban considering a comment made by Yu Zhengsheng, fourth ranked member of the Politiburo Standing Committee and Chairman of the Chinese People’s Political Consultative Conference, at the recent conference, which suggested the government would allow religious activities for the purpose social and economic growth.

“Religion is a long-term and complicated issue and it involves a great number of people. We should carefully carry out the Party’s policies on the freedom of religious belief, manage the religious affairs in accordance with law and persist on the principles of independence, self-reliance and self administration,” Yu said. “We should actively guide the religion to be compatible with the socialist society and bring into full play the active role of religious personalities and believers in promoting the economic and social development.”

ChinaAid will continue to monitor the situation in Beijing and update as more information becomes available. Please continue to pray for Holy Love Fellowship as they continue to face persecution from the government and other citizens. Pray that those Christians who remain in custody will be released.