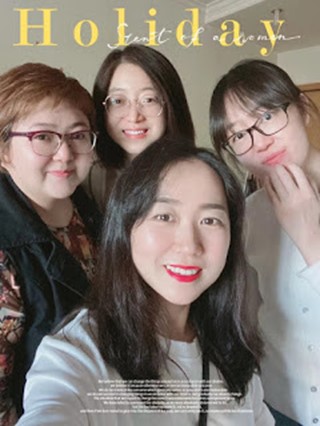 Shahe police officers (Beijing Changping District) had seized Minister Qie during the evening of April 28. A police officer phoned Minister Qie’s wife* at midnight on April 30, informing her they had placed her husband under 10-day administrative detention for “illegal assembly,” and fined him 500 Yuan [77.23 USD]. Officials did not disclose any details about the “assembly.”

As the church prayerfully focused on Minister Oie’s detention, they had not yet learned about the disappearance of Minister Huang [who lived alone]. Until the afternoon of May 01, they did not know that police had also detained her. Later, church members reported that during the afternoon of April 28, Minister Huang posted a message in the church’s chat group that officers were knocking on her door. Afterward, she did not communicate with anyone in the group.

According to the latest prayer request letter, Huang Chunzi and Qie Jiafu represent only two of the many brothers and sisters the Chinese Communist Party (CCP) regularly targets. As more Christian brothers and sisters undergo persecution, we thank God that He permits us to walk with them. We ask you to pray with us:

1. that God strengthens minister Huang Chunzi and makes a way for us to learn more about her situation.
2. for minister Qie Jiafu, and other faithful servants of God who paid a price for serving the Lord. Please pray for God to give them abundant grace.
3. that all brothers and sisters frequently contact each other, and care for one another. Pray we pay special attention to all pastors and ministers, and that church leaers avoid going out alone as much as possible. When they must go out alone, pray that other brothers and sisters pay close attention to them and make sure they can be reached.

4. that in such an age of darkness, God will show mercy in China. We pray as Jesus did, “Father, forgive them, for they do not know what they are doing.” Pray that justice will be re-established in China.

The prayer request letter recounts the warning in “the Word” that “the night is far spent, the day is at hand.”  At its end, the petition also encourages, “Please pray fervently, care for each other, and hold to the right way.”

Recently, CCP authorities have increasingly raided house churches during their Sunday services. As they have banned churches and confiscated their possessions, CCP officials have summoned, detained, fined, and sentenced Christian pastors and co-workers. These actions by the CCP’s atheistic regime reveal the escalation of its persecution against house churches right before its centenary.

*Minister Qie and his wife had recently married. In the past, Minister Oie had translated the German hymn “Von Guten Mächten” (By Good Forces) into Chinese.

###
The night is far spent,
the day is at hand.
Therefore let us cast off the works of darkness,
and let us put on the armor of light.
~  Romans 13:12 (NKJV)
China Aid exposes abuses in order to stand in solidarity with the persecuted and promote religious freedom, human rights, and rule of law. If you wish to partner with us in helping those persecuted by the Chinese government, please click the button below to make a charitable donation.