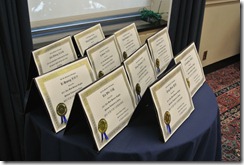 (Washington, D.C.—July 26, 2012) As part of the celebrations for ChinaAid’s 10th anniversary, the organization was authorized by the Chinese Human Rights Lawyers Association to announce the winners of its “2012 Ten Best Human Rights Defense Lawyers Award.”

The award ceremony on Tuesday in Washington, D.C. concluded a half-day of celebratory activities that opened in the morning with a seminar on “Human Rights, Religious Freedom and Rule of Law in China” that reviewed the progress of the past 10 years and the prospects for the next decade.

At the noon awards ceremony and luncheon, winners of the  “2012 Religious Freedom and Rule of Law Defenders Award” and the “Defenders of Freedom in China Award” were honored.

The events were broadcast live to a worldwide audience via ChinaAid’s Chinese and English websites.

The awards ceremony concluded with the announcement of the winners of the “2012 Ten Best Human Rights Defense Lawyers Award.” ChinaAid was authorized by the Chinese Human Rights Lawyers Association, which was established in May 2010 and is headed by Christian human rights lawyer Li Subin, to announce the winners, who will each receive an award certificate and 6000 yuan (about $1000).

In addition, Dr. Fan Yafeng was honored with a “Special Recognition” award.

Below are brief introductions to the 11lawyers. 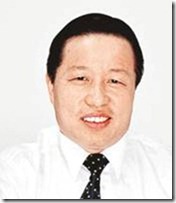 Gao Zhisheng: Christian human rights lawyer, formerly of Beijing Zhisheng Law Firm. He handled a number of controversial cases, including the Northern Shaanxi oil field case, the Christian persecution case in Kashgar, Xinjiang, the Chen Guangcheng case and Falungong cases. On Dec. 22, 2006, Gao Zhisheng was charged with “inciting subversion of state power” and sentenced to three years’ imprisonment, with a two-year reprieve and five-year deprivation of political rights, and was released to go home. On Sept 21, 2007, he was arrested again and held for 50 days. After his release, he wrote an account entitled “Dark Night, Dark Hood, and Kidnapping by Dark Mafia” in which he described the torture inflicted on him, including toothpicks inserted in his genitals. On Jan. 9, 2009, his wife and two children left Beijing, secretly escaping from China for the United States, via Thailand. On Feb. 4, 2009, Gao Zhisheng was again kidnapped by the authorities and “disappeared”. On March 27, 2012, he suddenly resurfaced, though under the surveillance of Chinese plainclothes police, only to disappear again on April 20. On Jan. 1, 2012, it was confirmed that Gao Zhisheng was serving a three-year sentence at a prison in Shaya county, Aksu district, Xinjiang. On March 24, 2012, Gao’s family was allowed to visit him at the prison for the first time, but after that, communication with him was again severed. 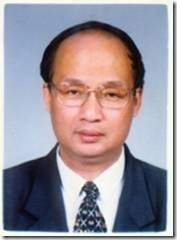 Zheng Enchong: Christian human rights lawyer, formerly of the Shanghai Minjian Law Firm. He was involved in some residential demolition and relocation dispute cases in Shanghai, and also informed China’s higher level of government of some corruption cases involving Shanghai’s top officials including Zhou Zhengyi, Huang Ju, Chen Liangyu, and Han Zheng. On Oct. 28, 2003, Shanghai Municipal No.2 Intermediate People’s Court charged him with “illegally providing state secrets to foreigners” and sentenced him to three years’ imprisonment, with one-year deprivation of political rights. Since his release in May 2006, he has been summoned for interrogation nearly 80 times and is always under house arrest during politically sensitive times. 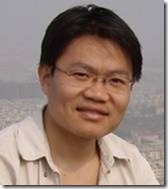 Wang Yonghang: formerly a human rights lawyer with Dalian Qianjun Law Firm in Liaoning province. In 2007, he started taking on many cases of Falungong practitioners who pled not-guilty. In 2008, he published an open letter to China’s leaders Hu Jintao and Wen Jiabao on overseas websites in which he expounded on how, in terms of jurisprudence, the prosecution and conviction of Falungong practitioners are without legal basis. As a result, he was put under surveillance and long tailed for a long time. On July 4, 2009, the Domestic Security Protection Squad of Dalian city secretly kidnapped Wang and the tortured him, causing an ankle fracture. On Nov. 27, the Shahekou district court in Dalian city sentenced him to seven years’ imprisonment, which he is currently serving at the Shenyang No. 1 Prison.

Li Subin: Christian human rights lawyer, formerly the deputy director of Yitong Law Firm, which was shut down in 2009. He was director of the Chinese Human Rights Lawyers Association since 2010 and a member of the Chinese Society of Human Rights Lawyers for Petitioners founded in 2010. He lost his license in 2002 for filing a lawsuit against the Judicial Bureau of Henan province and was illegally detained for more than 300 days. In 2001, he was “kidnapped and disappeared,” during which time he was tortured. 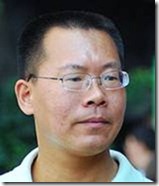 Dr. Teng Biao: lawyer, lecturer at Chinese University of Politics and Law’s School of Law. He participated in the investigation of forced abortions in Linyi (2005), the Chen Guangcheng case (2005-2006), the Cai Zhuohua’s Bible-printing case (2005)， and the Gao Zhisheng case (2005). On Feb 19, 2011, Teng Biao was “kidnapped and disappeared” and tortured. He was released to go home on April 29. 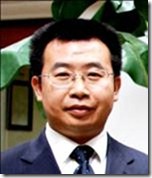 Jiang Tianyong: Christian human rights lawyer, formerly of the Beijing Gaobolonghua Law Firm. During 2005-2006, he handled the Chen Guangcheng case, the Gao Zhisheng case, the Hu Jia case, and others. During 2008-2009, he handled a large number of Falungong cases and ethnic minority cases. In July 2009, the Judicial Bureau of Beijing suspended his license. He is a member of the Chinese Society of Human Rights Lawyers for Petitioners founded in 2010 and is currently the legal project coordinator of Beijing Aizhixing Research Institute. On Feb. 19, 2011, Jiang Tiangyong was “kidnapped and disappeared,” during which he was tortured and subjected to brainwashing. He was released on April 20. In May 2012, he was beaten up for going to visit Chen Guangcheng and his family in a Beijing hospital and as a result, he lost hearing in one ear. Currently he is barred from leaving China. 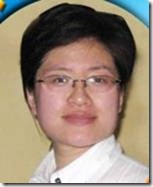 Ms. Liu Wei: formerly a lawyer for Beijing Shunhe Law Firm. In April 2009, she handled a Falungong case with lawyer Tang Jitian and walked out of the court during the trial to protest the deprivation of her right to defend their client. In May 2010, her license was suspended for pushing for direct elections in the Beijing Lawyers’ Association and for taking on rights defense cases. 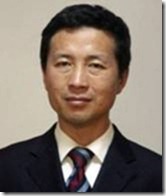 Tang Jitian: previously a public prosecutor and later quit. He used to be a lawyer of Beijing Anhui Law Firm. In April 2009, he handled a Falungong case with lawyer Liu Wei and walked out of the court during the trial to protest the deprivation of his right to defend their client. In May 2010, his license was suspended for pushing for direct elections in the Beijing Lawyers’ Association and for taking on rights defense cases. He is a member of the Chinese Society of Human Rights Lawyers for Petitioners founded in 2010. On Feb. 16, 2011, he was “kidnapped and disappeared” and was released in March. He was tortured during his detention. 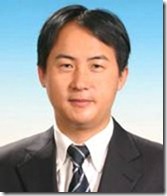 Li Heping: Christian human rights lawyer, formerly a partner in the Beijing Gaobolonghua Law Firm. He handled Falungong cases and the nationally-known Yangjia case. In 2005, he was engaged by Chen Guangcheng to handle the Yinan county forced abortion case in Shandong province. That year, he was also involved in the Taishi village dismissal case in Guangdong province, and the Guo Feixiong case. In 2006, he was involved in handling the “Three Grades of Servants” cult case in Heilongjiang province. In 2008, he participated in the case of Guo Quan, who was charged with subversion of state power. His license was suspended in May 2009. From April 29 to May 4, 2011, he was “kidnapped and disappeared” during which time he was tortured.

Li Xiongbing: rights defense lawyer, formerly with the Beijing Gaobolonghua Law Firm. In 2008, he handled the Sanlu poisonous milk powder case, the illegal brick kiln case in Shanxi province, AIDs cases, Falungong cases and ethnic minority group cases. On May 4, 2011, he was “kidnapped and disappeared” and was released two days later. He was tortured during his detention and currently is barred from leaving China. 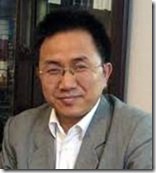 Dr. Fan Yafeng: formerly a researcher at the Chinese Academy of Social Sciences. He is the founder of the Christian Human Rights Lawyers of China, Beijing Shengshan Church and its research institute. Starting in 2005, he became involved in many church and Christian rights defense cases, as well as the Guangdong Taishi village case, the Chen Guangcheng case, the Gao Zhisheng case, and others. He is a member of the Chinese Society of Human Rights Lawyers for Petitioners founded in 2010. On Dec. 9, 2010, Fan Yafeng was taken away by the police and released nine days later. He was tortured during his detention and has been under house arrest since then.