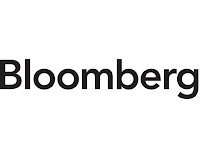 ■ Two members of Congress aren’t buying the ABA’s statement that it canceled a book deal with a prominent Chinese human rights lawyer “for purely economic reasons.”

On Tuesday, Sen. Marco Rubio (R-FL) and Representative Chris Smith (D-NJ) published a letter to the ABA, which suggests the bar group canceled its book deal with human rights lawyer Teng Biao out of “fear of offending the Chinese Communist government.” The letter seeks more information, including any communications between the ABA and Chinese government.

“As reported, the circumstances surrounding the cancellation of Teng Biao’s book are deeply concerning and not worthy of the values and principles for which the ABA stands,” the letter says.

Smith and Rubio co-chair the Congressional-Executive Commission on China (CECC), which monitors human rights and the development of the rule of law in China. Biao, who is now at NYU’s U.S.-Asia Law Institute, has been a frequent witness before the CECC since arriving in the U.S. in 2014, they said.

Teng’s book remains unpublished and is tentatively titled “Darkness Before the Dawn,” reporting on his 11 years defending dissidents including Chen Guangcheng, a blind lawyer best known for his work opposing China’s family planning policies. The book also looks at how the Chinese government’s reported crackdown on dissidents has affected the legal community, according to Foreign Policy.

The ABA had agreed to publish Teng’s book in late 2014, but the following January Teng received an email from an ABA employee informing him the book deal had been canceled because of fears the book would put the ABA’s work in China at risk. It did not specify what work.

Last week, portions of the email to Teng were publicized for the first time in a report in Foreign Policy. In response, the ABA said that the employee who wrote the email to Teng had received “erroneous information,” and that his book was rejected for “purely economic reasons.”

The CECC letter invites the ABA to respond to its requests in writing or by testifying at a commission hearing next month. According to the letter, the hearing will focus on “the Chinese government’s global efforts to silence and punish its critics.”

In October, the CECC published a report that concluded “[t]he Human rights and rule of law conditions in China [have] deteriorated … continuing a downward trend since Xi Jinping took power.” Teng and others testified before the CECC last September ahead of Xi’s first visit to the U.S. as China’s president.

Neither Teng nor the politicians who penned the letter were immediately available for comment on Wednesday.

Martin Flaherty, a law professor at Fordham University who studies the rule of law in China, said Wednesday the ABA had mishandled Teng’s book.

“The ABA made a commitment to a leading Chinese intellectual who was being persecuted amidst a brutal crackdown,” Flaherty said. “Business considerations are not enough to justify reneging on that commitment.”

An ABA representative told Big Law Business on Wednesday the organization is preparing a statement in response to the letter from the CECC, to be released in a few days.

Have comments or more information? Email us at [email protected]