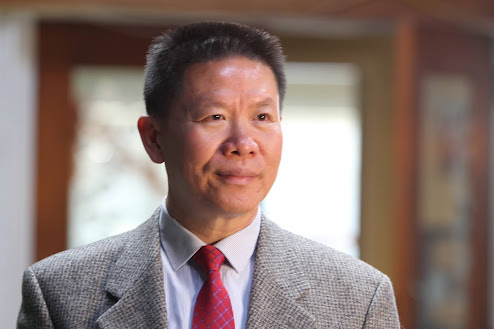 (ChinaAid—Feb. 25, 2021) On February 24, The Worldview aired an interview Jonathan Clark hosted with Bob Fu PhD, founder of ChinaAid, regarding the current dire circumstances in Hong Kong following the implementation of the National Security Law.

Founder of China Aid speaks to The Worldview about Hong Kong*

Approximately 130,000 people are fleeing from Hong Kong to the United Kingdom after Communist China took over the administrative region, reports CBN.com.

The Worldview spoke to Bob Fu, president of China Aid, about how dire the circumstances are for Christians and others seeking religious freedom in Hong Kong.

FU: “What’s happening now is that the most fundamental freedoms that the former British colony, Hong Kong, are pretty much gone. The Hong Kong National Security Bureau, a newly created National Security Court totally controlled and appointed by the Beijing puppet chief executive, can literally arrest anyone, anywhere in Hong Kong based on their social media content, and even the long arm of the Communist Party already expanded beyond the Hong Kong border into Hong Kong citizens and to many other foreigners.”
Fu shared a couple of key prayer points when you think of your brothers and sisters in Hong Kong who are facing more religious persecution now than ever.
FU: “We should really pray hard that they won’t be imprisoned or if they are, like Joshua Wong or 20-year-old Agnes Chow, that they can stand firmly on their faith in God.”

* Website includes a link for the audio of Bob Fu interview
###
For the eyes of the Lord are on the righteous,
And His ears are open to their prayers;
But the face of the Lord
is against those who do evil.
~ 1 Peter 3:12 (NKJV)
China Aid exposes abuses in order to stand in solidarity with the persecuted and promote religious freedom, human rights, and rule of law. If you wish to partner with us in helping those persecuted by the Chinese government, please click the button below to make a charitable donation.