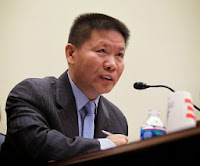 (Midland, Texas—Nov. 15, 2013) As more results from China’s recent Third Plenum Session filter in, the information that the Chinese government, under President Xi Jinping, will loosen the restrictions on China’s one-child policy and abolish labors camps has been released.

The move to allow a second child to such couples seems to be in attempt to provide a larger future workforce to support China’s aging population.

“The loosening of the ‘one-child’ policy is a positive baby step as the CCP [Chinese Communist Party] foresees a major economic, social and security disaster coming if it continues with the current policy. It only allows two children if one of the parents is the only child in his or her family. It still clearly says China will continue to carry out a statewide family/birth planning policy. So the whole coercive system is still unchanged. Unless the whole family planning system is abolished, Chinese women and men will continue to suffer the cruelty of the forced abortion and forced sterilization,” Bob Fu, ChinaAid’s founder and president, said.

Labor camps are frequently used by police to extra-judicially detain individuals for up to four years; however, the sentence is typically extended either for bad behavior. Additionally, because having been in labor camp has negative social consequences, individuals sometimes decide to continue voluntarily working at the labor camps.

Bob Fu described the move as a positive, effective step to remove this aspect of corruptness from the prison system, but expressed concern over the possibility of another oppressive system replacing the labor camps.

“It is a very positive step to abolish the ‘re-education through labor system’ which has been used for over 30 years as a major oppressive tool to arbitrarily detain millions of Chinese citizens, especially dissidents, independent religious leaders and other rights defenders, without due process, although we have to wait and see if there is another similar substitute system to play the same role,” Fu said.