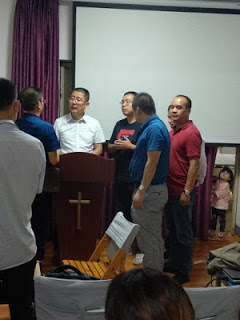 Note: This post previously included a document that stated police raped Christians. ChinaAid later learned that this may have been a mistranslation and is clarifying with the church.

(Chengdu, Sichuan—Dec. 9, 2018) Around 100 leaders and seminary students from Early Rain Covenant Church in Chengdu, Sichuan have been arrested today.

Among the arrested are Pastor Wang Yi and his wife, Jiang Rong, who were seen being taken away after those who attend their church could not find them. Another two, Guo Hai and his wife, were forced to leave their two children at home unattended when police took them into custody.

Others had their homes raided. One church elder, Qin Defu, was forced to the ground as police inspected his residence.

The situation began at 6:00 p.m. China Standard Time (hereafter referred to as CST) when police seized a Christian at the entrance of the church and a multitude of officers searched his place.

Additionally, authorities shut off power to the home of church members Song Enguang and his wife. The police stationed downstairs also took three Christians, who attempted to visit them during the ordeal.

As this happened, officials stationed many vehicles outside the entrance to the church and broke in.

The officers carrying out the arrests reportedly exhibited rude behavior. When the Christians asked why they were being taken away without warrants, one of them replied, “We are enforcing laws. Our process is to summon litigants and require them to cooperate with the investigation. you all should follow our process … What else am I supposed to tell you? You are not supposed to know some details, so you can never know. It is us rather than you who enforce laws.”

The arrests continued into Dec. 11, when Li Yingqiang, who went into hiding and became the one contact available to speak to the press, was arrested.

“The massive overnight attack against members of the independent, renowned Early Rain Covenant Church represents a major escalation of religious persecution in China,” said Dr. Bob Fu, ChinaAid’s founder and president and a close friend of Pastor Wang. “Ironically this largest scale of arrests and clamp down on the international Human Rights Day shows Xi’s regime deliberately making itself the enemy of universal values, such as religious freedom for all. ChinaAid calls upon the international community to condemn these arbitrary arrests of innocent religious believers and urges the Chinese regime for their immediate release.”

In response, the church issued a prayer request, which was translated by Brent Pinkall and is included below.

ChinaAid exposes abuses, such as those suffered by the attendees of Early Rain Covenant Church, in order to stand in solidarity with the persecuted and promote religious freedom, human rights, and rule of law.

Early Rain Covenant Church Urgent Prayer Request #7: Three brothers and sisters who were just released said violence was used against them in the police station, even to the point of being trampled on. One brother was dragged away in the middle of the night at 1:00 a.m. after his hands and feet were bound. He was detained for a whole day. Many places on his legs are bleeding from the abuse, and his body is covered in wounds. These wicked acts are horrendous.

One brother said that while being detained for 24 hours, police didn’t give him even one bite of food or one drink of water. He was deprived of rest. He was shackled to a chair the whole evening and only slept two or three hours.

At about 9:00 police asked firemen to break down the door of the female dormitory of the liberal arts college. They took away 12 female students. At 9:00 p.m., one of our church plants in Dazhou was raided and inspected by police, and workers in charge were taken away.

At 10:00 p.m., a brother saw more than 30 young men wearing badges come out of one or two trucks near the church and enter the church building. We believe these men came prepared to demolish the church and to destroy the equipment and facilities in the church and church school.

Lord, look at the injustice done against your children! This country is trampling on the dignity of your children, but these children are the apple of your eye. You will heal these wounds with your loving hands and teach us, in the midst of this suffering, the love of God and the endurance of Christ. Lord, come quickly!