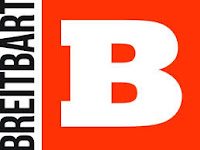 Breitbart: Report: China Had Worst Year Ever for Human Rights Abuses in 2015

■ Human rights and rule of law conditions in China have been on a “downward trend” since Xi Jinping took power as Chinese Communist Party General Secretary in 2012, resulting in 2015 being the worst year on record for human rights violations in China, according to a recent Congressional report.

“Unmarried women and third children continue to be forcibly aborted,” Littlejohn said. “Women are still routinely sterilized after their second child. On International Women’s Day, we call upon the Chinese government to call off the womb police and immediately to abandon all coercive population control.”

In its 2015 report, the Congressional-Executive Commission on China (CECC) documented measures by the Chinese government to “silence dissent, suppress human rights advocacy, and control civil society,” resulting in a situation of oppression that is “broader in scope than any other period documented since the Commission started issuing Annual Reports in 2002.”

On March 1, 2016 the Commission released a Chinese-language Translation of an Executive Summary of its report, stating that 2015 saw “the tightening of controls over the media, universities, civil society, and rights advocacy, and on members of ethnic minorities.”

In its report, the Commission said that China’s coercive population control policy, now known as the Two-Child Policy, continued to employ torture methods such as forced abortion and sterilization despite a widespread public outcry.

Many provincial laws in China explicitly instruct officials to carry out abortions for “illegal” pregnancies, with no requirement for consent.

The CECC report highlighted the anti-woman practices of Communist authorities, who just before International Women’s Day had detained five women and “held them in abusive conditions for more than five weeks” for planning to distribute brochures against sexual harassment.

To make up for the enormous gender gap caused by decades of sex-selective abortions, trafficking of women and girls for forced marriage and sexual exploitation is on the rise in China, the report said. There are currently approximately 37 million more men living in China than women.

CECC leaders said that China’s recent switch to a Two-Child Policy was a mere distraction from the reality of the “deadliest and most hated” policy of forced population control, and called on President Obama and world leaders to insist that China abolish the practice completely.

“Families that want a third child will still face the pressure to abort their child or pay exorbitant fines,” said CECC Chair Rep. Chris Smith regarding the Two-Child Policy, which began officially on January 1.

The Congressional report states that “China is not moving toward a rule of law system, but is instead further entrenching a system where the Party utilizes statutes to strengthen and maintain its leading role and power over the country.”

Many of China’s religious and political prisoners are subject to “harsh and lengthy prison sentences” as well as various forms of extralegal and administrative detention, including arbitrary detention in “black jails” and “legal education centers,” the report stated.

The report said that China’s Communist Party leaders are seeking a “new type” of U.S.-China relations and aim to play an expanded role in global institutions, while continuing to ignore international human rights norms. China’s entrenchment in absolutist control over the lives of citizens in defiance of the rule of law have significant implication for U.S. foreign policy, the report said.

“The security of U.S. investments and personal information in cyberspace, the health of the economy and environment, the safety of food and drug supplies, the protection of intellectual property, and the stability of the Pacific region” are all “linked to China,” the report stated.