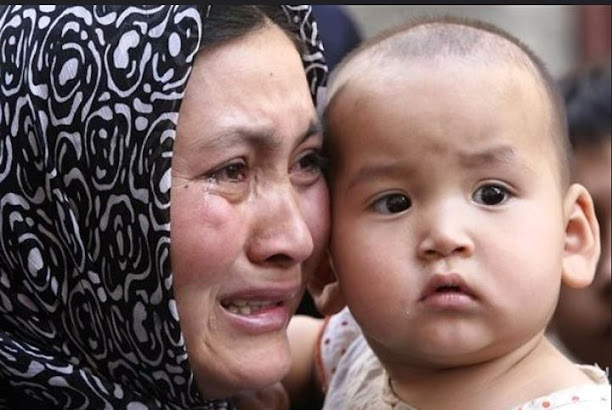 Regarding Uyghur “genocide” in China.
(Photo: Flickr)
(ChinaAid—Feb. 24, 2021) On Monday February 22, Canada’s parliament passed a non-binding resolution declaring China’s treatment of its Uyghur citizens a “genocide.” This action exerts pressure on Prime Minister Justin Trudeau’s government to do as the US—to formally declare that China is committing genocide.

According to the National Review:

China denies it is committing a genocide.
“Western countries are in no position to say what the human rights situation in China looks like,” Chinese ambassador to Canada Cong Peiwu told Reuters. “There is no so-called genocide in Xinjiang at all.”

Beyond the legal debate over the characterization of China’s repression of its Muslim population, the genocide designation carries enormous political weight, applying pressure on the United States and other countries to punish a global powerhouse whose trade, environmental, and security activities are entwined with their own.

But wielding the g-word without a solid legal basis also carries the risk of politicizing and eroding the power of the designation, which has been invoked in the past century to describe the worst episodes of mass killing, from the murder of millions of Jews during the Holocaust to the slaughter of around 800,000 Rwandans during the country’s genocide.

…There is little dispute within the U.S. government that China’s treatment of the Uighur population has been horrific and criminal: More than 1 million Uighurs have been detained in reeducation camps, and many have reportedly been subjected to forced labor and sterilization. China has committed numerous crimes listed in the convention as acts of genocide, including the prevention of births and infliction of bodily or mental harm on members of a group and the compulsory separation of children from their communities, according to human rights groups.
But there remain questions over whether that conduct meets the extraordinarily high threshold required to prosecute the crime of genocide.

Prior to leaving office, U.S. Secretary of State Mike Pompeo accused the Chinese Communist Party (CCP) of committing genocide against Uighurs and other minority groups in the Xinjiang region. The Biden administration has upheld the Trump administration’s declaration of a genocide in Xinjiang.
Some questions may remain unanswered regarding whether China’s conduct meets the high threshold required to prosecute the crime of genocide. Nevertheless, ChinaAid recently joined 23 other NGOs to formally voice its its strong, steadfast stand against China’s inhumane actions not only targeting Uyghur citizens but also persecuting others supporting human rights, professing faith, and crying out for religious freedom.
###
Rejoice with those who rejoice,
and weep with those who weep.