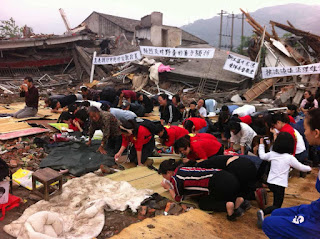 Catholic churches across China targeted in wake of Vatican-China agreement

(Beijing—Nov. 13, 2018) Ever since China and the Vatican reached a deal that allowed the Holy See to have increased influence over China’s appointment of bishops, the persecution of Catholics in the country has escalated.

Another church, located in Taiyuan, Shanxi, had its statues, angels, and crosses forcibly removed on Oct. 24 via a crane. The government alleged that the number of statues and crosses on the church exceeded regulations and ordered them demolished.

In late September, China and the Vatican thawed a previously frozen relationship that allowed them to co-appoint Catholic clergy. Previously, the Chinese government refused to recognize church leaders ordained by the Vatican, and the Vatican would not approve bishops appointed by the Communist Party. As a result, churches loyal to the Pope were often not considered legal by the Chinese government and gathered at great risk to the freedom of the parishioners.

While the two sides were in the midst of negotiations, several Catholic clergymen recognized by the Vatican were forced to step down in favor of their government-recognized counterparts.

One Catholic said, “The consequence of the Vatican’s compromise with the Chinese Communist Party is that religious freedom in China has deteriorated. The government has forcibly demolished holy [places], so we feel hopeless.”