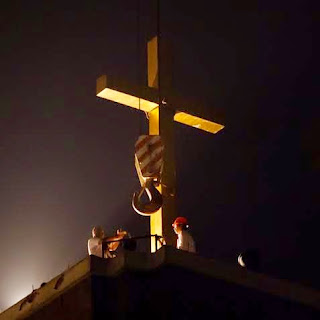 (Nanchang, Jiangxi—Dec. 1, 2018) After the Vatican and China signed an agreement intended to mend their previously severed relationship, the Chinese Catholic church has been under severe persecution.

According to some priests, who preside over the underground Catholic churches, in Jiangxi province, the government has prohibited unofficial churches from conducting mass.

On Sept. 22, the Holy See and the Chinese Communist Party signed the agreement. The Pope acknowledged seven bishops that the Chinese government appointment. Previously, clergy ordained by the Chinese government would be excommunicated from the Catholic church, while the Communist Party refused to recognize church leaders approved by the Pope. As a result, all Catholics who wished to remain loyal to the Vatican were forced to worship in illegal services, risking their lives for their faith.

However, as the Pope recognized the bishops approved by the Chinese government, some bishops of the underground churches were ordered to step aside, and if they refused, they were harassed by the government.

After learning of the agreement, many Chinese Catholics became resentful, because they believed the Vatican betrayed the Catholics, who the authorities had suppressed for many years. They claim that the Vatican made a deal with the devil in favor of entering China’s religious market.

ChinaAid exposes abuses, such as those suffered by Catholics in China, in order to stand in solidarity with the persecuted and promote religious freedom, human rights, and rule of law.