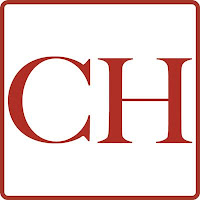 The recent agreement between the Vatican and China is a step towards the “annihilation” of the Catholic Church in China, Cardinal Joseph Zen, former bishop of Hong Kong, wrote in a New York Times op-ed published on Wednesday.

Zen, who has been openly critical of Vatican’s approach towards China in the past, did not hold back in his assessment of Pope Francis’ new deal and in offering his views on communist governments.

A Sept. 22 agreement between the Holy See and Beijing was intended to normalize the situation of China’s Catholics. The Church in China has been split between the “underground” Church, in full communion with Rome, and the state-run Chinese Patriotic Catholic Association (CPCA), which was not. The Chinese government appointed bishops of the CPCA.

The September agreement was designed to unify those groups, by approving a formula through which Pope Francis would approve bishops nominated by Beijing.

But Zen’s op-ed said the distinction between the underground Church and the CCPA has not been eradicated.

He said those who attend the “underground” Church worship in secret and are subject to persecution from the government if they are discovered. Amid a religious crackdown in China, Zen said that priests of the underground church have been encouraging their parishioners to skip Mass for their own safety.

While Pope Francis is “very pastoral,” Zen said does not think that he properly understands how Communist China works. In Pope Francis’ home country of Argentina, the Communists worked to defend the poor against government oppression, often alongside Jesuits, he said. This could be why the pope “may have a natural sympathy for Communists,” as he views them to be persecuted.

It is far different, said Zen, in places where Communists are the ruling party–like China. When they acquire power, the Communists become the persecutors themselves, he said.

After Zen returned to China from studies in Rome in 1974, he said it had become a “whole nation under slavery,” and cautioned about society forgetting how oppressive the regime was at that time. And while he concedes that the Chinese government has made significant strides in embracing human rights, “you can never have a truly good agreement with a totalitarian regime.”

The current iteration of Church leadership does not properly understand the threat Communist governments pose to Catholics, said Zen. He praised the work of Cardinal Jozef Tomko, who was the prefect of the Congregation for the Evangelization of Peoples from 1985 until 2002. Tomko, who is from Slovakia, “understood communism, and he was wise,” said Zen.

Under Tomko, the Vatican considered only the underground Church in China as the true Church, and that while there were “many good people” in the state-sponsored church, it was “unlawful.” After Tomko’s retirement, however, Zen said things a turn for the worse with the appointment of Cardinal Crescenzio Sepe, who Zen described as “a young Italian with no foreign experience.”

Sepe “began legitimizing official Chinese bishops too quickly, too easily,” he said, which created an impression that the Vatican would “automatically” approve of any Bishop appointed by the Chinese government. This continued through Cardinal Ivan Dias, the next prefect, who was a “proponent of détente” with former Soviet states. This mentality carried over into Dias’ view of China and the Chinese Church.

Zen went as far as to accuse the Vatican of purposefully mistranslating Pope Emeritus Benedict XVI’s 2007 letter to Chinese Catholics that called for the reconciliation of the churches.

“In a delicate passage about how priests in the underground might accept recognition by the Chinese authorities without necessarily betraying the faith, a critical caveat was left out about how “almost always,” however, the Chinese authorities imposed requirements “contrary to the dictates” of Catholics’ conscience,” said Zen. This error in translation was “too important to have not been deliberate.”

Although the translation was eventually updated, it was too late, said Zen. The original letter had been “widely circulated” in China, and some of the underground church’s bishops understood the letter as permission for them to join the CPCA.

Zen was also critical of Vatican Secretary of State Cardinal Pietro Parolin, who he described as caring more about diplomatic success than he does about the Church. Parolin seeks to restore normal relations between the Vatican and China for the first time since 1950.

While the exact terms of the agreement between China and the Vatican were not released, Zen is not optimistic about the future of the underground church. While Pope Francis could still “veto” the nomination of a state-approved bishop, “how many times can he do that, really?”

“What good is having the last word when China will have all the words before it,” he asked. He also expressed doubt that the approximately 30 bishops of the underground church will still be permitted to function as bishops if the two churches are reconciled.

Since the agreement in September, two CPCA bishops were invited to attend the synod on youth. These men are “known to be close to the Chinese government,” and their attendance at the synod is “an insult to the good bishops of China.”

Despite this, Zen warned the clergy of the underground church against starting any kind of “revolution.” Instead, if the government takes away their churches or prohibits them from officiating, they should return to their families, continue praying, and “wait for better times.”