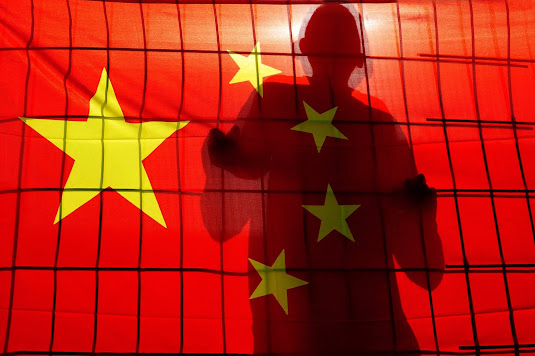 (Sanmenxia, Henan Province—May 21, 2021) On May 19, 2021, CCP authorities charged Chen Baoshen, a 74-year-old leader in Yima City House Church, Sanmenxia, Henan Province, with “using a cult organization to undermine law enforcement.” In another incident, prior to this seizure, officials had detained Brother Chen for nine months.

During the past 24 plus years, Brother Chen upheld the Bible as the foundation for faith, and the Apostles’ Creed as his faith statement, He has pastored the church and proclaimed the gospel in the manner of house churches. In July 2019, after more than 10 faithful Christians in Siyang County, Jiangsu Province refused to join the Three-Self church and insisted on worshiping at home, police raided their service.

After several police seized these 10 Christians and transported them to their local station, other officers searched their homes and confiscated personal possessions. During the process, authorities discovered the book, Basic Draft of Establishing a Church. This led to officials classifying the group as a cult. Later, when Siyang police realized these Christians had visited Brother Chen’s house church and attended his Bible study, they traveled to Yima, Henan and arrested Brother Chen. After transporting him back to Siyang, authorities detained him there for nine months.

During this nine-month detention, guards routinely, ruthlessly tortured Brother Chen, mentally and physically. As they attempted to coerce him to confess that he led a cult, and plead guilty, officers did not permit him to sleep for 10 consecutive days. Nevertheless, Brother Chen, did not plead guilty, nor did he deny principles of his faith. Authorities did not release Brother Chen on bail until one day in July 2020, after he passed out, fell to the ground, and broke his arm.

At that time, authorities released him to go home for medical treatment.

Currently, the court has heard most of the “evidence” for their concocted case involving two provinces, charging Brother Chen with “using a cult organization to undermine law enforcement.” While continuing to detain Brother Chen and six of the 10 previously arrested Christians of Siyang County, authorities sentenced four of them to serve 1.5 years in prison on the cult-related charge.

Although the court heard Brother Chen’s case on May 19, they have not yet made any results available.

###
But without faith it is impossible to please Him,
for he who comes to God must believe that He is,
and that He is a rewarder
of those who diligently seek Him.
~ Hebrews 11:6 (NKJV)