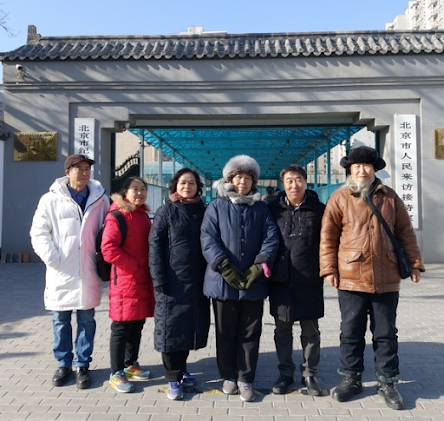 (Beijing—January 27, 2021) Dr. Xu Yonghai, a Beijing Christian and prisoner of conscience, who turned 60 years old in 2021, should be eligible for a pension. Because he had been imprisoned in the past, however, Chinese Communist Party (CCP) officials stripped him of his retirement benefits.

According to the document in his file, the criminal judicial verdict by Zhejiang Province Hangzhou City Intermediate Court (2004) Hang Crime Document No. 39: Xu Yonghai is sentenced to two years in prison from November 2003 to January 2006 for spying and illegally providing national intelligence to other countries. According to (59) HR Welfare No. 740 Document, an employees’ service time will be recalculated and start from their rehire date if they are given imprisonment.

Dr. Xu began work in1984 after graduating from college but abruptly ended in 2003 when CCP authorities convicted him for speaking up for persecuted Christians.

As authorities fail to acknowledge the time he worked, therefore, Xu Yonghai must report details to and petition upper-level government officials at the Beijing Municipal Public Complaints and Proposal Administration.

CCP authorities frequently hold Dr. Xu, unemployed and under surveillance since being released, under house arrest. Today, because of his past imprisonment and CCP officials stripping him of his retirement benefits, Dr. Xu does not receive an income. He does not have health insurance nor can he afford medical treatment if/when needed. He does, however, have friends as well as brothers and sisters in the faith who care and stick close to him.

###
A friend loves at all times,
And a brother is born for adversity.
~ Proverbs 17:17 (NKJV)
China Aid exposes abuses in order to stand in solidarity with the persecuted and promote religious freedom, human rights, and rule of law. If you wish to partner with us in helping those persecuted by the Chinese government, please click the button below to make a charitable donation.