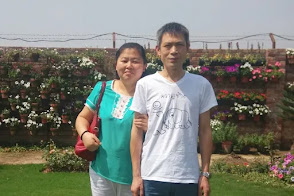 Pastor Hao Zhiwei (left) and her late husband.
(Photo: China Aid)
(Ezhou, Hubei province—Oct. 17, 2020) Chinese Communist Party (CCP) authorities arrested Pastor Hao Zhiwei in July 2019, however, she still awaits trial. Four months after Hao’s arrest, officials charged her with swindling 2.24 million yuan (US $332,850) in church offerings. CCP authorities also accused two church staff members, Hong Ying and Wang Yuanxiang, of fraud but because they “confessed,” they warranted leniency.
Prosecutors have not set a trial date for Hao. Because her husband died two years ago, her two sons, one 13 years old and the other 17, have been left alone.
According to the South China Morning Post: 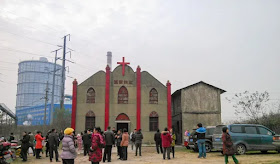 Church that authorities demolished in 2019.
(Photo: China Aid)
After authorities arrested Hao and her two co-workers, they contracted to demolish the church to make way for expansion of a steel plant. To justify destroying the church, the local religious affairs department issued a notice in July last year stating that because the church was too close to a power plant, it had to be demolished.

Amidst the separation from his mother and the church demolition, Paul stated that he and his brother are at peace. “We have faith in God that he will never give us a trial that we cannot bear.”

Si said Hao refuses to plead guilty and if convicted, faces a minimum of 10 years in prison. He expressed concern that a conviction could set a precedent for CCP authorities to use charges of financial irregularities to prosecute other house church leaders.