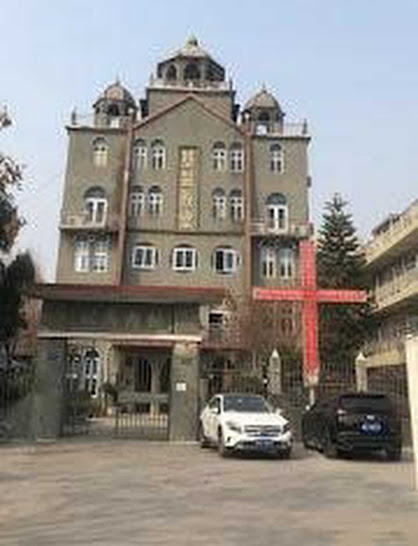 (Wenzhou, Zhejiang—Jan. 25, 2021) During the night of January 15 in Wenzhou, Zhejiang, the Chinese Communist Party (CCP) secretly tore down a cross at Yongzhong Street Canghe Church in Longwan District, Wenzhou Zhejiang* as well as those of three other Christian churches. In the middle of the night under the cover of darkness, local government officials hired crane operators to demolish the crosses. 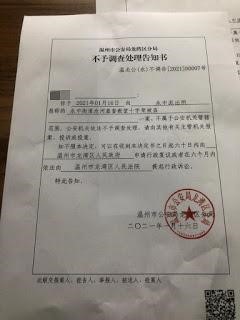 In the past, Wenzhou Pastor Yan Xiaojie had posted on social media: “The evil wave will re-emerge in 2021. … Again, there is forced demolishment, illegal demolishment, indiscriminate demolishment, demolishment at night. … offensive to God, and a violation of the Constitution. This is also against the will of people.”

From February 2014 to January 2016, Xia Baolong, the Zhejiang provincial secretary, issued the order to remove all crosses in the province. In April 2014, when the landmark Wenzhou Sanjiang Christian Church incident occurred, authorities removed the cross from this church and several other church crosses. Although thousands of worshippers camped to protest the demolishment. within two years, CCP authorities forcibly removed crosses from more than one thousand churches.

Official records confirm that from the establishment of this church to now, Yongzhong Canghe church of Wenzhou City, a part of the officially registered, sanctioned church has more than a century-old history. In Wenzhou, a city with one of the densest populations of Chinese Christians, the Christian population exceeds one million, with the number of officially registered churches more than one thousand.

In the past, Pastor Gu Joseph, the head of Zhejiang Christian Council, published a public statement protesting the CCP forcibly removing and demolishing church crosses. This led to him being imprisoned for a while, but authorities later dropped charges against him. Due to ministers condemning and opposing the forceful removal of church crosses, however, CCP authorities have facilitated 20 forced disappearance of ministers from Wenzhou in approximately six months.

* CCP officials previously removed the cross of Canghe church on June 30, 2014. Later, the church quietly installed a much smaller cross.

###
looking unto Jesus, the author and finisher of our faith,
who for the joy that was set before Him
endured the cross, despising the shame,
and has sat down at the right hand of the throne of God.
~ Hebrews 12:2 (NKJV)
China Aid exposes abuses in order to stand in solidarity with the persecuted and promote religious freedom, human rights, and rule of law. If you wish to partner with us in helping those persecuted by the Chinese government, please click the button below to make a charitable donation.