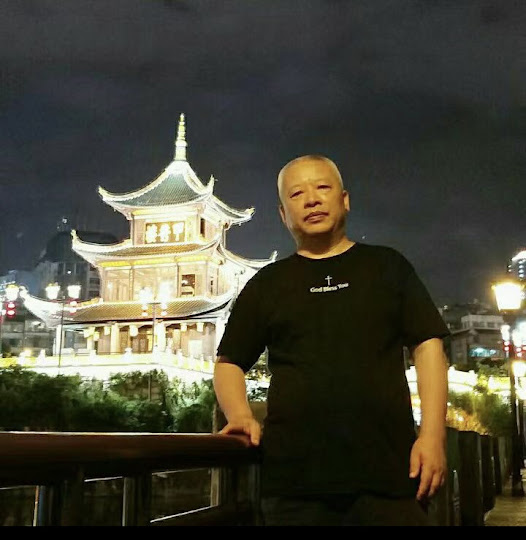 On July 21 at 9 am, Elder Zhang’s lawyer arrived at the Guiyang City’s detention center, prepared with legal paperwork, requesting to meet with Elder Zhang, detained on a fabricated charge of “fraud.” The police officer receptionist advised Elder Zhang’s lawyer that he could not visit him because, on July 6, Guiyang Municipal State Security Bureau officials issued a notice to the detention center that prohibited them from permitting them to meet. “Because he is ‘under suspicion’ of endangering State security, ” she said, “Chinese Communist Party (CCP) authorities have banned Elder Zhang from meeting lawyers during the investigation without the approval of the unit handling his case.” Elder Zhang’s lawyer asked if he could make a copy or take a photo of the document. Police officers also rejected this request.
After leaving the detention center, Elder Zhang’s lawyer met with the Guiyang City Yunyan District procuratorate to inquire about the case. The procurator in charge of the case told the lawyer that he did not know any details regarding Guiyang Municipal State Security Bureau officials issuing a notice about the unit handling Elder Zhang’s case. Nor did superiors inform him of any update regarding the case.
Elder Zhang’s lawyer asked the procurator to contact The Yunyan District Bureau of Public Security Branch of State Security to determine whether the procuratorate remains responsible for investigating the case or if CCP authorities have handed it over to the Bureau of State Security. The procurator replied, “I should consult my leaders before reaching out to the unit handling the case.” As to Guiyang Municipal Bureau of State Security, the procurator said that he has never known how State security officers deal with a case, nor the location of their office.

Guiyang Ren Ai Reformed Church, a small house church, with a few dozen congregants, holds the authentic Christian faith, refuses to join three self-churches, and disobeys New Religious Affairs’ Regulations. Elder Zhang, who serves as the church’s leader, became a target of the CCP when he signed the “Joint Statement: A Declaration for the Sake of Christian Faith,” that Pastor Wang Yi launched in 2018.

During many of the past years, Guiyang Ren Ai Church members hospitably hosting Christians from various parts of the country has critically contributed to furthering the kingdom mission. Therefore, Guiyang authorities have intensely targeted and regularly persecuted these Christians. CCP authorities also forcibly shut the church down on September 30, 2018. Consequently, the Church currently gathers and worships at restaurants and hotels on Sundays.

On May 12, 2019, police raided the Church’s Sunday service held at one hotel. More than 80 people, including Religious Bureau personnel and police officers, broke into the gathering place. Although only a few dozen congregants attended that day, officials forcibly removed the Church’s cross. They also confiscated Church elders’ laptops and other items. In July 2019, authorities again threatened the Church’s landlord regarding the place members had recently rented. As a result, the church moved from that location.

On March 16, 2021, police raided the Bible study being held in a commercial and residential building where congregants of Guiyang Ren Ai Reformed Church met with a few Christians from other regions. Police officers insisted that these Christians held an illegal rally. They checked each person’s ID and cell phone, transcribed details of the query, and transported most of the Christians to Yan’an Middle Road police station.

Elder Zhang did not attend that morning’s study but after he learned those police officers had arrested group members that afternoon, he rushed to the police station to negotiate with officers. Elder Zhang stated that he would not leave until officials released the last Brother and Sister. As a result, police officers issued a summon to him and ordered that he serve an 11-day detention. The next day, CCP authorities searched Elder Zhang’s home and confiscated a number of his personal possessions. Elder Zhang has lost more than four months of freedom since CCP authorities initially detained him on March 16:

During the morning of July 8, Guiyang City Yunyan District Yanzhong police officers summoned three female Christians of Guiyang Ren Ai Reformed Church to their station. Officials did not free them to return home until 9 hours later. Some Christians reason that officials kept them for the extended time, threatening and intimidating them, trying to gather “information” they might use to substantiate the fabricated charges authorities issued to detain Elder Zhang.

~ Yu Bing, ChinaAid Special Reporter
###
The tongue of the righteous is choice silver;
The heart of the wicked is worth little.
~ Proverbs 10:20 (NKJV)
China Aid exposes abuses in order to stand in solidarity with the persecuted and promote religious freedom, human rights, and rule of law. If you wish to partner with us in helping those persecuted by the Chinese government, please click the button below to make a charitable donation.