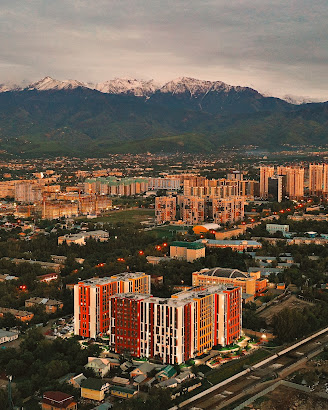 (ChinaAid—March 18, 2022) Serikzhan Bilash, the founder and leader of Atajurt Kazakh Human Rights, sat down for another interview with Gao Zhensai of ChinaAid. Previously, Bilash told ChinaAid how the Kazakhstan government worked to cover up the Uyghur crisis. In this latest installment of our five-part series, Bilash explains how the Chinese Communist Party (CCP) played a role in Kazakhstan’s civil unrest in January and continuing consequences of it.

Special Correspondent: Mr. Serikzhan Bilash, some have taken note of your influence in Kazakhstan. Sometime this year, a massive wave of protests broke out in Kazakhstan on January 2. Some people compared you to another Kazakh activist, Mukhtar Ablyazov, who some said was involved behind the scenes, but he is in exile in the West. Perhaps the protests might have been different if both of you were in Kazakhstan. The protesters were quick to realize that the protests there would not be successful without you being physically present and saw you as the key to the success of protests. What do you think of their expectations of you?

Serikzhan Bilash: Someone at the site of the protest had actually publicly suggested that I go back and lead peaceful protests. But I thought that I’d be shot dead if I had gone back. The dictatorship of Kazakhstan would never tolerate me going back.

In fact, the protests this round were not initiated by the opposition but by the people. The protests broke out because of the soaring oil price, and there wasn’t a particular form of organizing. The cost of petroleum gas has dropped, and many people have become satisfied.

During the protests, I did not call on people to take to the streets. The Kazakh people are living in dire circumstances, and the grudges that have been suppressed for a long time are at the forefront of their hearts. This time it was similar to a volcanic eruption because the Kazakhs had long been ruled by the dictatorship and were not satisfied with it.

What are your thoughts on the violence shown in the TV footage, especially the scene of a building burning in Almaty? Is this the destructive result of the masses’ anger or a false flag operation by the authorities?

The government building had Molotov cocktails and gasoline, ready to smear the demonstrators so that the president could order to kill on sight without warning. This has aroused the opposition of the whole world. This is what a dictator would do in order to safeguard his own interests and his throne as a president; they don’t care about the life or death of civilians.

After the wave of protests broke out, the new President Tokayev asked Putin of Russia to send troops to suppress the protesters, and the situation quickly turned against the protesters. How many people did they arrest? What is the current political climate in Kazakhstan?

Serikzhan Bilash: The Kazakh government treated the protesters as terrorists and rounded up 20,000 people at once, and mass arrests and torture have continued. Some of the bodies that had been buried in the ground were exhumed to verify whether they were the bodies of protesters through photo comparison.

It is unimaginable. What is the latest on those detainees?

Serikzhan Bilash: Tokayev began Stalinist abuse and torture in Kazakhstan. Kazakh authorities have made mass arrests of peaceful protesters tortured them with irons after police detained them. Kazakh citizens left traces on the back of their coats with irons to satirize and resist the use of irons by Kazakh police in detention centers to extract confessions and torture peaceful protesters. Large-scale illegal arrests and torture to extract confessions were underway in Kazakhstan. The world stands idly by, indifferent.

A dog was killed, and the governor publicly apologized and offered his condolences. So many innocent peaceful protesters have died, yet the matter is not discussed. Are the lives of thousands of Kazakhs not worth as much as the life of a dog?

So many protesters were captured in such a short period of time? The situation is not so simple.

Two companies, Hikvision and Huawei, have been placed on the U.S. sanctions list. In November, President Biden signed the Secure Equipment Act of 2021. The act prohibits companies on the sanctions list from obtaining network equipment licenses in the United States.

Serikzhan Bilash: The current new president is Putin’s puppet. He was actually the former president’s supporter, people thought he was a reliable successor, but he became a puppet president. The political arena in Kazakhstan is very chaotic now, and we don’t know what news to trust.

The president established a new government, but it was formed from the same individuals from the previous administration. There are no signs of reform. Putin has a good relationship with the past president and was dissatisfied with his closeness to Beijing. He signed a contract with China. Kazakh’s underground crude oil resources were bought by Chinese companies. Neither Putin nor the Kazakhs are satisfied.

Putin’s military has entered Kazakhstan, and now he has 150,000 troops around Ukraine. Is his real intention really to restore the power dynamics of the Soviet era?

Serikzhan Bilash: Putin has fooled the whole world; he is indeed more intelligent, more cunning, and vile than the weak Western elite. He deliberately directed and focused Western attention on the Ukrainian-Russian war that may not occur (ChinaAid note: the interview was conducted before Russia’s war on Ukraine) and now easily occupies Kazakhstan. He began looting the vast illicit property of the family of the former dictator of Kazakhstan. He has gotten wealthy.

Stalin killed 2.5 million Ukrainians and 4.5 million Kazakhs. Ukraine was able to gain independence and earned support from the West, but Kazakhstan has been forgotten. The world is watching the situation in Ukraine and Russia, not Putin’s puppet. Tokayev is boldly taking a fascist-style crackdown on the people of Kazakhstan.

After Putin sent troops into Kazakhstan, Kazakhstan and Russia may have closer relations or be controlled by Russia.

Serikzhan Bilash: President Tokayev recently visited Russia and signed eleven traitorous agreements. The independent state of Kazakhstan no longer exists. The Kazakhs have once again been occupied by Russian imperialism.

China regards Kazakhstan as its own backyard. If Kazakhstan adjusts its policy toward China because of Putin’s dispatch of troops, will China’s power and interests in Kazakhstan be frustrated?

Serikzhan Bilash: PetroChina and Sinopec have established many work bases in western Kazakh cities; but after Kazakhstan has become Putin’s puppet, it will set up obstacles for the CCP’s “One Belt, One Road” plan and the CCP’s 30-year infiltration in Kazakhstan will be in vain. The CCP now wants to promote winter tourism to court the people of Kazakhstan.

Your organization is also protesting in the city of Almaty. Why is the status of this city so important?

Serikzhan Bilash: After the protests broke out, the person in charge of our organization was arrested twice, and the plainclothes agents of Kazakhstan beat him. After he came out, he shared pictures with me, and he had blood all over his face. After his release, the head of another organization in the Kazakh capital was also arrested, and he was detained for ten days.

The Kazakh National Security Agency monitors the families of the critical members of our organization around the clock. An unlicensed State Security Agency’s vehicle is parked in front of the entrance. The heater and the engine are turned on twenty-four hours a day. It is cold outside, and they’ll just sit in the car for twenty-four hours to monitor all the key members. The routine is eight hours in rotation, two or three people per shift, in a vehicle without a license plate. It is impossible to drive a car without a license plate in Kazakhstan. The Kazakh National Security Agency owns these cars without license plates.

How many people in your organization are being monitored?

Serikzhan Bilash: More than fifty people are under strict supervision. It’s all undercover surveillance. They take turns on duty monitoring in front of their house. My organization is all over the country, including translators and people who collect testimony are also closely monitored.

Are you still operational?

Serikzhan Bilash: Our organization is still working, but it has not been approved and has not given us an answer so far. Two months later we are still running. Even though we are monitored, we trek more than 4,000 kilometers and continue to organize the collection of witness testimonies. Continued activity, albeit monitored, visiting homes in 100 towns back and forth. A restaurant was used as a temporary workplace, and a large amount of evidence of being arrested in Xinjiang concentration camps was collected.

Are these witnesses subject to retaliation?

Serikzhan Bilash: The National Security Service of Kazakhstan went to look for the people who provided the information (whistleblowers) and caused trouble for their families and relatives. They intimidated them, and their children were not allowed to attend college. They will find any way to cause trouble for their work. Anyway, there are many ways to suppress them. It belongs to the former Soviet Union, and it used to belong to the KGB!