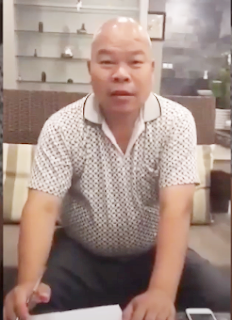 (Yulin, Guangxi—July 6, 2020) Guangxi Lawyer Chen Jiahong pled guilty to an incitement charge on June 23. His supporters believed he may have been forced to do so.

Chen attended the trial via the internet due to the ongoing pandemic. Another attorney, Xie Yang, said that the court had opened the hearing to the public. However, when he went to apply to observe it, the authorities had already filled it with officials. Only Chen’s wife and parents were allowed to attend it.

Chen received his charge because of remarks he had made on the internet. On April 29, 2019, police from Beiliu raided his apartment and arrested him. The case was transferred to the Yulin Intermediate Court for prosecution on Oct. 16 of that year.

In March, Chen fired his attorney, Lu Si. Chines authorities often pressure imprisoned activists to fire their representation and hire someone more favorable to the government, which Chen did.

The trial commenced at 9:30 a.m. on June 23, and Chen pled guilty, hoping that the authorities would lessen his sentence. However, others are speculating he may have had other reasons to do so. In the past, the Chinese government has coerced imprisoned rights activists to plead guilty.

Xie noted that besides Chen’s parents, he was the only other supporter of Chen present at the trial. He speculated that others may have been persuaded not to attend the trial.

For certain, authorities prevented more than 10 people from watching the proceedings. Among them were Chen’s friends, who approached the court but were surrounded by plainclothes officials. After they took a few pictures of the court, policemen crowded around them. The friends hurriedly left, but several unknown persons surveilled them.