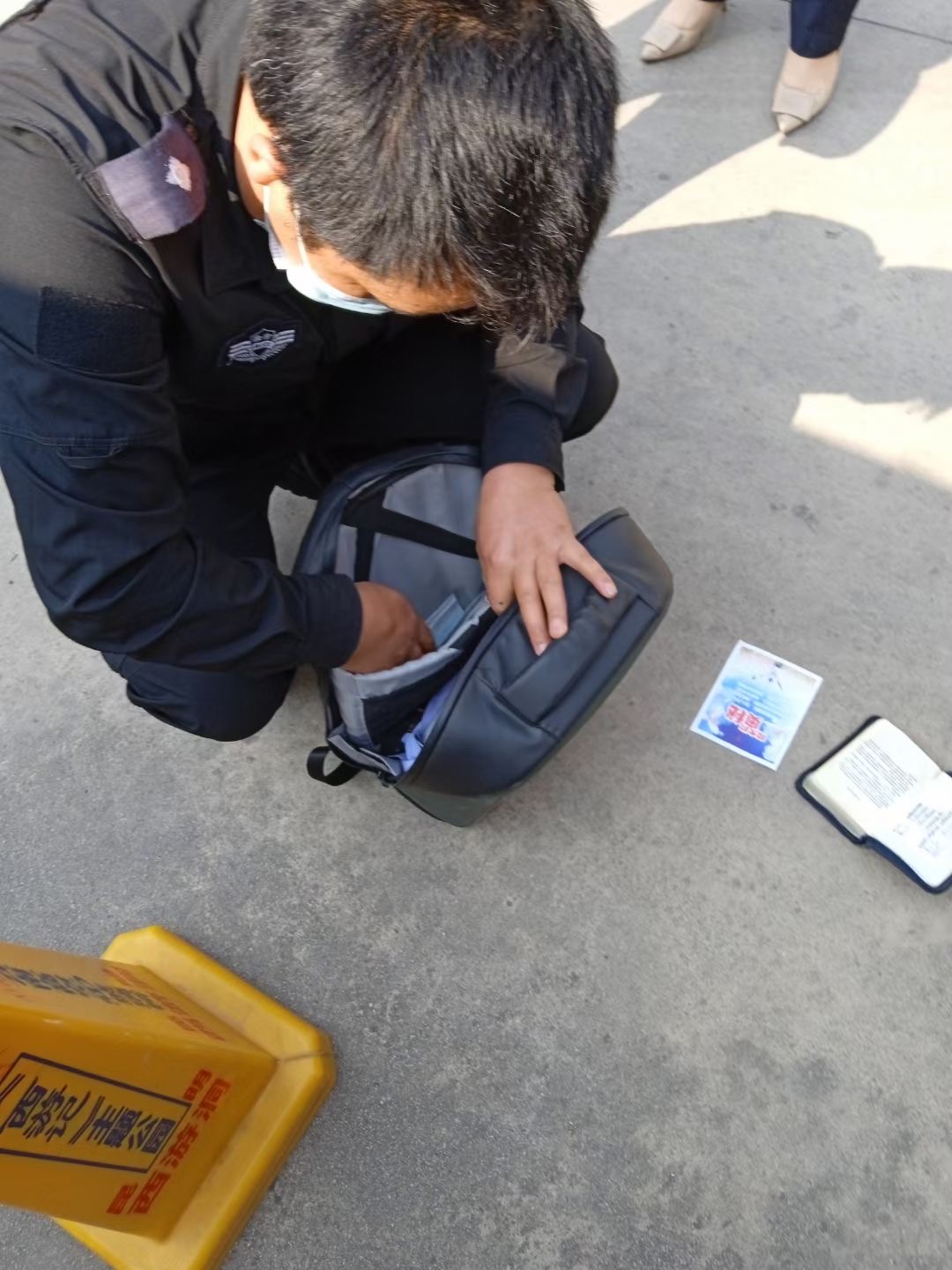 Chen Wensheng posted an update on his WeChat Moments at 4 a.m., asking other Christians to share the gospel with minority people groups. He said:

God says in the Holy Bible that the gospel must first be published among all nations. The Chinese government officially acknowledges 56 people groups, but according to some scholars, the Chinese people could be grouped into more than 500 people groups. Most of the people groups haven’t been well reached by the gospel (only very few Christians). I pray God saves these people with the gospel!

Chen Wensheng shares the gospel on the street all the time, rain or shine. During the Chinese New Year, he and his 84-year-old mother shared the gospel and handed out gospel leaflets on the street every day. In late February, he traveled to Wenshan Zhuang and Miao Autonomous Prefecture to share the gospel.

Someone asked Chen Wensheng why he posts on his WeChat Moments when he shares the gospel. He said:

Nowadays, many Christians don’t read the Holy Bible thoroughly. They read in Matthew 6:3 ‘do not let your left hand know what your right hand is doing.’ Then they have a wrong understanding that they shouldn’t let others know they are sharing the gospel. However, Jesus was talking about ‘give to the needy’ in that Bible verse, not about sharing the gospel. When Jesus sent his disciples to share the gospel, he said ‘What I tell you in the dark, speak in the daylight; what is whispered in your ear, proclaim from the roofs. (Matthew 10:27)’. So don’t be afraid. Christians must testify for Christ, and we should let the world see that we are testifying for Christ. Remember, we must testify for God!”

Chen Wensheng has been sharing the gospel on the street for years, eating only one meal a day to sustain himself. Some Christians are worried about his financial situation. They sent him some money through WeChat, but he rejected all of it. He said:

When Chen Wensheng goes on the street to share the gospel, he always takes a loudspeaker with him, and a backpack with large signs. Some Christians reminded him to keep a low profile when he shares the gospel in minority regions. Several provincial public security departments reported Chen’s activities, but he still shares the gospel bravely. He has shared on his WeChat Moments:

I used to be a gangster. My temper was so bad that I would assault people with a knife in minor arguments. I was a drug addict, but then I became a Christian. I changed a lot. I’m gentler and more patient now.

On March 5, Chen Wensheng shared the gospel with the Deangliang people group in Wenshan Zhuang and Miao Autonomous Prefecture, Yunnan province. About 6,000 Deangliang people live in west Yunnan. Another 200,000 live in northern Myanmar. Nobody has heard of any Deangliang Christians; their dominant religion is still Buddhism.

He asked fellow Christians to pray for Deangliang people, “I pray that the Holy Spirit removes all obstacles and helps them see Jesus Christ. I pray all Deangliang people to repent and believe in Jesus.”

At around 10:30 am, Chen Wensheng saw two ladies on the street. He gave each of them a gospel face mask and shared the gospel with them. One of them prayed with him after hearing the gospel.

At 10:49, Chen Wensheng posted: “Thank God police found me again.” The picture showed several national security agents checking his backpack and taking pictures of his gospel leaflets. At 11:02, he posted on WeChat again that Hunan national security agents were also there. The pictures showed he was sitting in a police car next to a police officer. He did not post anything after that.

Chen Wensheng has been detained numerous times for sharing the gospel on the street. He was detained six times last year alone. Authorities previously threatened his wife and hoped she could stop him. They even went to his daughter-in-law’s employment and her daughter’s future if Chen continued. None of these ever stopped him from sharing the gospel.