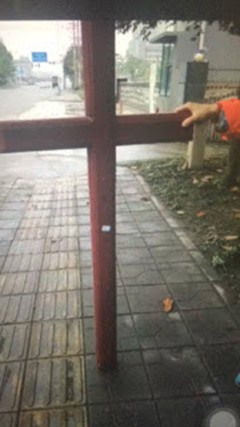 The cross left on the roadside.
(Photo: ChinaAid)
(ChinaAid—April 13, 2021) Chengdu Early Rain Covenant Church (Sichuan Province) reported that on April 09, unidentified individuals mysteriously returned several Christian items the Chinese Communist Party (CCP) had confiscated in the past. That morning as Sister Zhang performed her duty sweeping the road in Pidu District, a yellow car stopped a few yards away from her. She paused to watch two people remove several items from the car and leave them on the side of the road. Thinking the car belonged to her company, Sister Zhang walked over to help. The driver of the car quickly drove away, however, before she could communicate with him or his passengers.
When Sister Zhang examined the scene and found a familiar-looking cross, an offering box, and a box of church choir robes, she sent pictures of the items to Chengdu Early Rain Covenant Church’s (ERCC) chat group. Members confirmed that the properties belonged to the church’s Linxishu Evangelical Center. 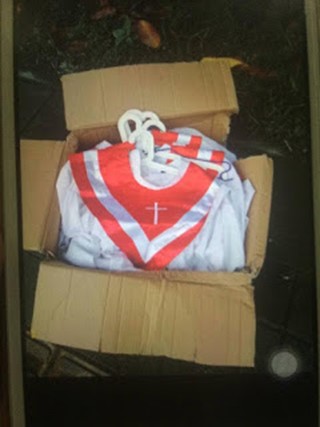 A box of church choir robes left on the side of the road.
(Photo: ChinaAid)
Chengdu officials had confiscated many of the church’s belongings during their massive crackdown on house churches December 09, 2018. Although CCP officials had returned some bookshelves, several chairs, and tables to the church in October 2020, they explicitly maintained that they would not return anything with a cross on it. Authorities had planned to transport these items from Jinniu District to Pidu District and dispose them there. 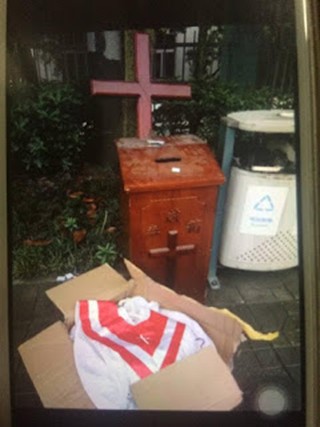 A cross, an offering box, and church choir robes Sister Zhang found on the roadside.
(Photo: ChinaAid)
Regarding the mysterious return of the items the CCP had confiscated, members of Chengdu ERCC proclaim:

Our amazing God turned the officials’ scheme into a blessing. He returned the items the CCP had illegally confiscated to God’s home on Earth: Early Rain Covenant Church.

###
The Lord brings the counsel of the nations to nothing;
He makes the plans of the peoples of no effect.
~ Psalm 33:10 (NKJV)
China Aid exposes abuses in order to stand in solidarity with the persecuted and promote religious freedom, human rights, and rule of law. If you wish to partner with us in helping those persecuted by the Chinese government, please click the button below to make a charitable donation.