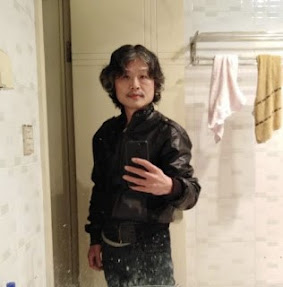 Chengdu police monitor and interrogate Christian for serving in the church

On October 16, Jia posted on his social media account: “Last Sunday, after experiencing a power outage, while checking downstairs, four police officers surrounded me and began to push me while verbally abusing me. After forcing me into their van, officers drove me to the local police station. There, one auxiliary police officer with three policemen from Chengdu Municipal Public Security Bureau, Jinjiang district sub-bureau, and Shahe police station interrogated me for eight hours.

Jia learned that when police monitoring him realized that he had been away from home three days, not answering his phone, they had his power cut off.

Jia admitted he battles with controlling his temper. During the Chinese New Year, he had screamed at a security agent in the interrogation room. When being treated roughly October 16, Jia became concerned that if he talked to officers, he might lose control of his temper. For that reason, and in protest of police violent law enforcement, Jia decided to respond to their interrogation with silence.

Jia recalled that while in the interrogation room, one of the three people, smoking at that time, scolded him. This policeman “kicked me and pushed hard on my head. I just prayed in silence. I prayed different verses to match his actions. When he moved close to me, I prayed about temptation and the crucifixion of Jesus. When this officer kept threatening, humiliating, and hitting me, I struggled to restrain my anger and my desire to fight back. Verses about temptation and the crucifixion of Jesus greatly comforted and empowered me.”

After two hours of Jia remaining silent, police became frustrated as they had three pages of notes filled with “silence.” Three police officers left the room, leaving only the auxiliary officer in the room with Jia. This man played with his phone throughout the time Jia sat silently in the interrogation room.

“This was the first time I prayed attentively for so long in such an environment,” Jia said. “With my freedom completely deprived, my mind filled with the desire for God’s presence. As the Holy Spirit led me to travel through all the barriers between the world and the heaven, God’s promises became so clear. Each time the police spoke abusive words, verses and images instantly came to mind, stirring up waves powerful enough to move mountains and overturn seas.”

On his way home, after police released Jia at 7 pm., he felt physically tired, but his spirit was filled with peace.

Two days later, when another power outage occurred, Jia reported the problem to apartment management. When still without power in the evening. he joked:” Looks like I need to learn to live life in darkness.”

Because Jia serves in the church, police have put him under long-term monitoring. Security agents often lose track of him, however, due to their physical burnouts. Jia wrote the following poem to commemorate his days without power because of the outages.

The Darkness is Too Bright
Put out the lamp to my feet.
Don’t let any light.
Shine on my face to reveal my shame,
And let my shame loom on the wall.
Take out my eyes.
I have never used them to seek the light.
When the world grows dark,
Prayers commence.
Let darkness be a millstone.
Tie it to my neck
And sink me in the sea.
Let greater darkness shield me.
Let the darkness be death.
Turn off the electric switch.
Body still.
Eternity invoked.