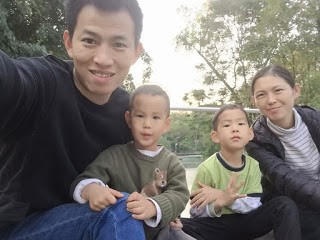 (Chengdu, Sichuan Province—May 17, 2021) Although Longquanyi District Damian Police Station authorities released Minister Wu Wuqing of Chengdu Early Rain Covenant Church (ERCC) from custody at noon on May 05, officers subsequently summoned him again—twice, on May 7 and May 8. Several Christians, however, experienced violence at the police station, including Shu Qiong and Dai Zhichao.

At 3 pm on May 7, to prevent Minister Wu from attending the ERCC Sunday service on May 9, Longquanyi District Damian police officers summoned him to their station, but after interrogating him, they released him at 9 pm. They summoned him again at 2 pm on May 8, however, this time detained Minister Wu until 10pm. As Xiong Meifang, Minister Wu’s wife, knew that he had not eaten that afternoon, she prepared food to take for him at the police station. Family members of both Dai Zhichao, and Shu Qiong accompanied her. The group of Christians arrived at Damian Police Station at approximately 10 pm.

When Ms. Xiong and others inquired about Minister Wu’s situation, the vice bureau chief appeared concerned. Although he did not allow them to walk around in the police station, the visitors sang hymns with their kids. While numerous police officers shot videos of Ms. Xiong and the others, they simultaneously recorded videos of the police officers. In turn, the vice bureau chief ordered officers to lock the gate, not allowing Minister Wu’s visitors to leave. After reporting the situation to his supervisor, the vice bureau chief then fabricated charges against the group of visiting Christians.
The tension grew more intense as many stability maintenance staff gathered at the police station. Minister Wu’s visitors waited quietly in the reception area while their exhausted children fell asleep.
After police officers discussed the situation for approximately two hours, they began to escort the visiting Christians, one by one, to an office on the second floor. There, the visitors later reported, police officers threatened them, as well as vulgarly, and inappropriately, verbally abusing them. Brother Dai Zhichao recalled:

With so many police officers present, I felt like a sheep amidst a pack of wolves. Nevertheless, God filled my heart with peace.

After a plain-clothed, police officer wearing a mask punched Brother Dai with his fist, the officer then forcefully kicked him. Meantime, as Sister Shu ignored police threats and continued to sing hymns, several men assaulted her and repeatedly slapped her face. The officers’ blows broke her glasses and inflicted multiple injuries to her neck and arms.

Next, without presenting any legal documents, several police officers searched the visiting Christians and confiscated their cell phones. During their documented interrogations, officers noted that all four Christians refused to answer any of their questions. Police released them and their children at approximately 2 am.

As soon as I entered the police station’s office area, I felt grateful to see Minister Wu sitting in the first room. “Wuqing, Jesus loves you,” I said.

He immediately responded, “God loves you. Praise the Lord.”
To summarize the whole process, we were willing to enter the police station because of God’s love, so we were not scared. This not only pleased God but proved to be a great practice of our spiritual life.
We prayed continuously and remained alert to avoid conflict with them out of our flesh.
When police officers used threats and violence on us, we could only trust our faithful God, and to forgive and pray for our persecutors.
It did not surprise us that some of the police officers used violence, because they were filled with anger. We had to turn the other cheek to continue sharing the gospel with them. Maybe we irritated them when we sang hymns. Maybe we frightened them when we shared videos of them.
I pray God’s mercy on us and on them. We still have a long journey ahead of us. I pray God continues to sustain and support us. Thank you, Lord for being with us more than with them.
I pray for God to protect Minister Wu as authorities still detain him in the police station. I also pray that God protect Minister Wu’s wife and child.
I pray God protects Sister Shu Qiong.
We are still filled with the joy that the world cannot take away from us. We are humbled but protected.
May peace and blessings fill my fellow Brothers and Sisters this Sunday.

Chinese Communist Party (CCP) officials criminally detained Brother Dai for three months after the massive crackdown on December 9, 2018. Later, authorities released him on bail for one year but forced him to return to Chongqing, his hometown.

Chengdu police also summoned Brother Dai and several other Christians to their police station numerous times. While there, Brother Dai shared the gospel with police officers and prayed for their repentance.

Throughout his persecution, Brother Dai has shared beautiful testimonies, and written many moving spiritual journals. 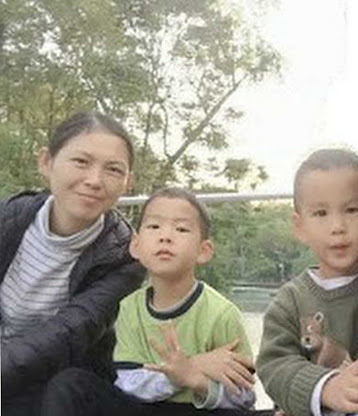 After the December 9 church crackdown, Sister Shu, a faith seeker, accommodated several sisters (their husbands imprisoned) at her home in Panzhihua. This led to national security agents threatening her and permanently closing the supermarket she owned. Afterward, Sister Shu moved to Chengdu. After becoming a Christian and being baptized in ERCC, she became a dedicated servant leader there. Sister Shu refused to send her kids to public school, choosing for them to receive a Christian education at ERCC’s school.

On January 14, Chengdu police secretly raided her home and the homes of two other fellow Christians. Officers confiscated their laptops, spiritual journals, and numerous Christian books. Police brutally beat one Christians who visited police at their station to open a case.

On January 16, in response to repeated, ongoing persecutions, Sister Shu wrote a public letter to Chengdu Mayor Wang Fengchao, detailing the illegal treatment she and her church received during the past two years. She urged Mr. Wang to stop the Chengdu Police Department authorities’ illegal persecution against Christians.

At the end of her public letter, Sister Shu wrote:

The Holy Bible says:
For rulers hold no terror for those who do right, but for those who do wrong. Do you want to be free from fear of the one in authority? Then do what is right and you will be commended (Romans 13:3).
I hope and pray you act as a good official who rewards the virtuous and punishes the wicked.

Wuhou District Jinyang Police Station officials summoned Sister Sh the following day. They advised her to promise not to attend any illegal religious gatherings of EFCC, and to start sending her children to public school.

Sister Shu rejected all police requests. “I am willing to accept any consequences resulted from my decisions,” she said.

###
Yes, and all who desire to live godly in Christ Jesus
will suffer persecution.
~ 2 Timothy 3:12  (NKJV)
China Aid exposes abuses in order to stand in solidarity with the persecuted and promote religious freedom, human rights, and rule of law. If you wish to partner with us in helping those persecuted by the Chinese government, please click the button below to make a charitable donation.