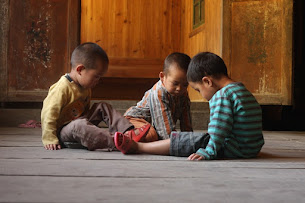 Ann Buwalda, Exec Director of Jubilee Campaign USA, Voice for the Voiceless said, “China must take immediate steps to ensure the right to Freedom of Religion and Belief for children in China and cease violence against children from religious faiths.”

This virtual event highlighted how China, through its current actions banning basic children’s rights, breaches the Convention on the Rights of the Child, specifically Articles 14 and 29. Bob Fu, several other keynote speakers, including child victims, and survivors of China’s persecution of children of faith, recognize that, as the “participation of children matters profoundly,” …improvements to the rights of the child more likely to succeed when informed by their views. The experiences and recommendations of survivors serves as a base to understand the widespread effects of China’s breaches to the Convention the Rights of the Child article 14.

When Fu and other advocates for religious freedom speak up for the rights of children and others, Jubilee campaign notes, this facilitates steps forward for member states and UN bodies to address the violations.