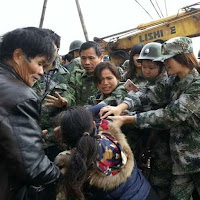 (Midland, Texas—March 2, 2017) China Aid released its 2016 Annual Persecution Report yesterday, detailing a seismic shift in the Chinese government’s approach to religious policy which is expected to lead to further persecution.

The report’s core subject tracks a deviation in the Chinese government’s ideological approach to religious management. During the National Conference of Religious Work, held in April 2016, Chinese President Xi Jinping emphasized the importance of religions “persistently following the path of Sinicization,” and subordinate government departments adopted the policy as a catalyst for many persecution attempts. Previously, the Chinese Communist Party (CCP) focused its efforts on encouraging religions and socialism to mutually adapt, which was introduced by former President Jiang Zemin.

Despite China’s insistence that Sinicization is an integral ingredient in the harmonization between church and state, the policy pivots on the government’s assumption that other countries are using foreign-based religions to undermine their authority. Therefore, actions carried out under this mantra target the activities of religious institutions and subject them to government oversight, effectively trimming pre-existing religious practices to fit the agenda of the CCP. This forces religious practitioners, especially Christians, to choose between comprising their deeply-held beliefs and risking being treated as violators of the law.

In an attempt to implement this Sinicization, local government departments across the country drafted and carried out work plans that took aim at house churches. Often, these departments ruled to identify unregistered house churches and coerce them to join the government-monitored Three-Self Patriotic Movement by threatening them with forced closure.

This data illustrates China’s alarming regression into a more Maoist regime, and conditions are expected to worsen this year as the Revised Regulations on Religious Affairs goes into effect nationwide. These new regulations seek to further limit religious activity and indicate a catastrophic potential to place more Christians behind bars.

“The key findings of what happened last year and the reports from these first two months of 2017 have shown the situation of religious freedom is rapidly deteriorating,” said Bob Fu, founder and president of China Aid. “We call upon both the persecuted faithful in China and the international community to be increasingly vigilant and persevere in facing this harsher year. China Aid will continue to walk closer with the persecuted and oppressed faithful in China by exposing the abuses, encouraging the abused, and equipping the leaders.”

The full English version of the 2016 Annual Persecution Report can be read here. While China Aid hopes that someday religious freedom will be available to all, the majority of the reports we receive spotlight the persecution of Christians. As such, the report focuses on the CCP’s persecution of Christians and should be read as a sampling of a much more widespread endemic of oppression, rather than a comprehensive analysis.

China Aid writes the Annual Persecution Reports in order to expose China’s horrific treatment of people who believe differently from the state, stand in solidarity with persecuted Christians, and promote religious freedom, human rights, and rule of law for all.