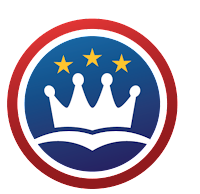 (Washington, D.C.—Sept. 15, 2015) As Washington prepares to host Chinese President Xi Jinping in the coming week, religious freedom and human rights abuses in China continue to escalate at an alarming rate.

China Aid vice president Kody Kness was recently interviewed by Canon & Culture, a podcast by the Ethics and Religious Liberty Commission of the Southern Baptist Convention to describe ongoing religious persecution in China and the work of China Aid.

In his interview, Kness explained the mission of China Aid, namely advocating for religious freedom and human rights for all Chinese citizens, and programs to provide legal aid to victims of human rights abuse and to assist families of prisoners.

Kness also stated that persecution against Chinese Christians has created a “unique type of faith, where they are willing to seek God regardless of any security concerns or safety concerns.” Kness added that other citizens have taken notice of Christian charities and Christian human rights lawyers and are increasingly viewing Christianity as an alternative to the communist ideology of the Chinese government.

Kness noted the trend of persecution in China under the Xi Administration, including the ongoing Chinese government sponsored campaign to remove and destroy crosses, and an “unprecedented crackdown, not only on religious practitioners, but also dissidents” occurring throughout China.

ERLC interviewer Matthew Hawkins, also asked Kness to describe his experiences visiting China 18 prisoner of conscience Zhu Yufu in a Chinese prison in 2013 and ongoing advocacy initiatives for prisoners of conscience in China, including the Defending Freedoms Project and the China 18 campaign.

Kness was also asked to describe his experiences in advocating for religious freedom and human rights in Washington, D.C. with other human rights organizations and the United States government. Kness explained the critical importance of working with human rights groups such as Human Rights Watch and Amnesty International and religious organizations such as the Ethics and Religious Liberty Commission.