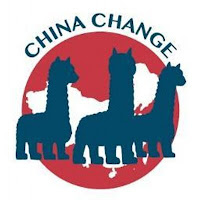 China Change: ‘I Can’t Stay Out of This’ — Two Statements on the Zhang Kai Case

■“As I watched Zhang Kai’s so-called TV confession, my heart ached to no end,” a Chinese Twitter user wrote. He speaks for many of us. Zhang appeared thin and haggard, his dishevelled hair and lusterless eyes all the image of a concentration camp prisoner. He sounded as though he’d been forced to read a script prepared for him by his tormentors. Watching him is like watching our brother being cornered and strong-armed, or our sister raped, as we stand by, helpless. We are pained, but fall silent. What’s more, we begin to think it’s alright to say and do nothing. Then there are those who can no longer “stay out of it.” We are deeply grateful to these voices, few they may be. — The Editors


A Statement by an Ordinary Christian

For the last two years the government has been tearing down crosses from churches in Zhejiang and arresting pastors, Christian lawyers, and believers who put up resistance. Recently, they have also hauled Christian lawyer Zhang Kai onto television for a forced confession, blatantly shaming the church of God. As an ordinary citizen, and as an ordinary Christian, I want to express my severe opposition to this behavior, and to demand that the government acts according to the law, honors citizens’ rights to religious freedom granted in the constitution, and immediately ceases its persecution.

From the perspective of my faith, I see the enormous peril that Chinese churches are in: that they have fallen far short of the glory that God has bestowed upon them is an established fact. Does God allow the removal of crosses to take place in so widespread a manner because the Christian church in China is not worthy of the honor of the cross?

In light of this, I put forward three questions for my brothers and sisters in the church to consider:

1) Has China got any Christian churches that truly practice righteousness, exercise mercy, and follow the example of Jesus? Why have I not yet seen any church, in its own name, make a solemn statement expressing its position against the severe persecution we saw recently?

2) Apart from Wang Yi (王怡), the lead pastor of the Early Rain Reformed Church in Chengdu (成都秋雨之福教会), I’ve seen no public stance taken by any other church. I’d like to know why, when pastors see one of their limbs tortured, they are content to sit in silence? If they are to face Jesus one day, will they be content in their hearts with what they’ve done?

3) Every Chinese Christian should kneel down and turn toward God, search inside their own hearts, and ask whether they have failed to live up to the glory of Jesus, whether they have been cruel and unscrupulous, whether they have forgotten the favor bestowed upon them, and whether they have treated reading the gospel as no more than having fun. If we’re reproached by the Holy Spirit, then what should we do under the current circumstances? Continue along calmly, or burn brightly for the Lord? All, please read Revelations 3—this is a question that no Christian can avoid.

I’m a weak, unworthy, useless criminal; before Jesus I’m a lamb. But I know that there is no way I can stay out of this—my conscience doesn’t allow me stay silent any longer. My statement is my own, and does not represent any organization, or my church. It represents myself alone.

Lord, if my statement does not conform to your will, please reproach me: I am willing to repent. Lord, with your spirit of holy benevolence, please lead us to the Way of the Cross.

Lord, I know that once this statement is published I will face danger, but no matter what, nothing can separate me from your love, and I know you love me.

“I was dumb, I opened not my mouth; because thou didst it.” (Psalm 39:9) I believe that you’re in charge of everything—I just pray that you’ll be with me.

Wang Yi: A Personal Statement on the Zhang Kai Case

Lawyer Zhang Kai is, with me, a brother of the church—and he’s also my most respected friend.

For years, a lot of people have been sincerely asking a false question: will the Cultural Revolution return? Many seriously ponder what is an absurd proposition—how can we prevent the tragedy from repeating itself? But the truth is that a new round of cultural revolution has already been underway for years. Or perhaps even decades? In reality, is there a day when we have really stepped outside of the Cultural Revolution’s framework? The real question is how we can break free from this warped and irrational age. Tonight, my Lord, allow me to howl the pain felt by Zhang Kai as he is whipped, and to be healed by the scourging you have suffered.

What physical and spiritual torment can annihilate the will of a man who believes in God? What Brother Zhang Kai was eventually unable to bear, I don’t imagine I’d be able to bear half of. Aside from faith in Grace, what else can I believe in? Christianity came to China over 1,000 years ago, and the gospel has been taught for over 200 years. But the cultural revolution targeting the beliefs of Christians in China have never ceased, and the Boxers have never been disbanded. Lord, your servant has been crushed so—help me to rise!

Among the believers I know, Zhang Kai is a man of steel. And in recent years, of those who have been forced onto television to confess crimes they did not commit, who were made to affix their signature to a letter of repentance, who of them were also not firm and unyielding? Isn’t it precisely the horror of the sinful world that drives us to seek shelter in the grace of the Lord? No matter who is saved for their resilience, I praise God for also saving those of us who are weak.

As a pastor, there is something else that hurts me: it’s that in facing down the pressure of crosses being demolished, Zhang Kai did many things that should have been done directly by church leaders. It would have been perfectly sufficient if he had simply done the technical, legal work. The absence of the church leadership led a believer who ought to have been nourished and cared for to stand on the frontlines of the church’s spiritual battle. It was almost like the Muslim siege of Constantinople, when the invaders charged upon horses into the church throwing pikes, a bishop dodged to the side, and a spear killed a believer at the Communion.

Lord: I ask that you reproach the church, reproach your servants, and I ask that you watch closely over Brother Zhang Kai, safeguard his conscience, immerse him in your precious blood. Just as you asked Peter three times: Do you love me? My Lord: I wish that you ask Zhang Kai the same, loudly in his heart, 30 times, so he may be built anew by you, and so that us lowly servants will be ashamed.

Another “crime” of Zhang Kai is that he often attended conferences held abroad, discussing strategies for Christian house churches to defend their rights. I attended these conferences with him on multiple occasions, and participated in the same discussions.

Also on the official “big character poster” was the chief crime levelled against Zhang Kai: that he called the government campaign to tear down crosses as “illegal constructions” persecution of the church.

This compels me to make this solemn statement: my view on the matter is entirely identical to that of Zhang Kai. All along, whether in public or in private, I have called the forced removal of crosses by the government (under the guise of removing “illegal constructions”) as a clear case of persecution of the church, and a shameful trampling of freedom of belief.

As such, I should obviously be prosecuted for having committed the same crimes as Zhang Kai did. I am thus reporting myself to the authorities; I promise to testify, and to respond to all questions by the Wenzhou Public Security Bureau.

*Translator’s note: Big character posters (大字報) are a form of propaganda from the Cultural Revolution, in which the supposed crimes (usually of a political character) of class enemies are written in large font and posted in a public place. The reference here is meant metaphorically.

Wang Yi (王怡) is the lead pastor of the Early Rain Reformed Church in Chengdu (成都秋雨之福教会).

Update on March 3, 2016: Thirty-six clergies and Christians across China issued a statement condemning the forced televised “confession” of lawyer Zhang Kai and declaring that he is a devoted Christian and has for years helped churches to defend their rights.