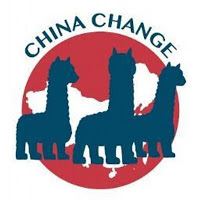 ■ On August 8, 2013, Guo Feixiong (郭飞雄, real name Yang Maodong [杨茂东]) was arrested and then indicted on charges of “gathering a crowd to disrupt order in a public place.” The case stems from Guo’s activism around the “Southern Weekend” incident, in which he made speeches outside the newspaper’s offices, and later that year he initiated a campaign demanding that the National People’s Congress ratify the International Covenant on Civil and Political Rights. On November 28 last year he and co-defendant Sun Desheng (孙德胜) were tried without a verdict. On Friday November 27, after three postponements over the course of 12 months, the Tianhe court in Guangzhou has pronounced its verdict, with Guo Feixiong sentenced to six years in prison.

The heavy sentence came as shock to everyone following the case. More shockingly, the court added a charge right in the courtroom in order, apparently, to deliver a heavier sentence. Li Jinxing (李金星), one of Guo’s two lawyers, posted online that, after the court had completed its questioning, judge Zheng Xin (郑昕) said that it is the opinion of the court that an additional charge should be added to the original “gathering a crowd to disrupt order of a public place”—that is, “picking quarrels and provoking trouble.” He demanded that the lawyers immediately provide a defense of this charge. The four lawyers (including two of co-defendant Sun Desheng’s counsel in the same case) objected in the strongest terms. “In terms of legal court procedure, when the Procuratorate has accused the defendant of one crime, the court can’t simply add another one, and sentence the person for two crimes,” Li Jinxing told Radio Free Asia in an interview. “I believe that the court’s action was simply to increase the sentence in total disregard for the law. I see this as one of the most ugly and preposterous precedents in judicial history. It is uncloaked political vendetta, false charges, and persecution of human rights defenders.”

After the sentence, Guo Feixiong’s other lawyer Zhang Lei told RFA that Guo Feixiong was sentenced to four years imprisonment on the charge of “gathering a crowd to disrupt order in a public place” and four years on the charge of “picking quarrels and provoking trouble,” which would be combined and commuted to six years. Sun Desheng was sentenced to 2.5 years on the latter charge. Both vowed to appeal. Guo Feixiong attempted to speak, believing that the decision was a case of naked political persecution of a democracy activist. Before he finished he was dragged out of the courtroom.

Zhang Lei told RFA: “Our request for the judge to recuse himself was denied; our request for time to prepare our defense was denied; our request that the court restart its session and that discuss the matter with the Procuratorate was completely ignored; and any attempt to even speak on our part was quickly stifled.” Before ten minutes were through, the judge declared that he’d heard the lawyers’ opinions and sent them outside the courtroom to wait. About ten minutes later the court re-opened and Guo Feixiong and Sun Desheng were brought in.”

While waiting for the verdict outside, Zhang Lei (张磊) wrote on social media: “I’m enraged! It’s just too ugly! They pretended to ask lawyers’ opinions, but did not let them speak. When any one of us spoke to provide a defense, judge Zheng Xin would forcibly cut us off and prevent us from speaking. Now he says that he’s already listened to and taken in our defense, and directs us to wait here until the court goes back in session!”

Zhang Lei said to RFA, “When Guo came in, he requested a medical examination for his hand, because on the way to the court he had been very badly injured by bailiffs. The court ignored this. When the lawyers further demanded that court protect the basic human rights of Guo Feixiong, and that he not be harmed during the court procedures, the court also ignored this. The sentencing judge today was cruel and imperious; soon after dismissing these requests he directly announced the sentences.”

Describing the scene outside the court, Zhang Lei told RFA that before they entered the courtroom they saw what looked like a few hundred police, including plainclothes officers. There were also diplomats and foreign journalists, but none were allowed into the courthouse. “We also saw other citizens gather around to observe, including [rights lawyer] Tang Jingling’s wife Wang Yanfang (汪艳芳). They were waiting outside the court the whole time, about 200 meters away from the courthouse. The street leading to the court had been blocked by police.”

Lawyer Zhang Lei added: “This is an extremely dark day in judicial history: when the prosecutors have not even brought the charge against the defendant, the court simply adds it to the crimes of the defendant, increasing their sentence length. This is a great scandal. It’s simply toying with the law, blaspheming the law.”

Guo Feixiong was a pioneer in the rights defense movement in China since the early 2000s. In the seminal Taishi Village Incident in 2005, he ushered in the model of calling together a coalition of defense lawyers, media, public intellectuals, and activists to tackle a case. For his leadership in the incident, he was sentenced to prison for five years on trumped up charges. He was released in September of 2011, but was arrested again on August 8, 2013. He has since spent over 800 days in a packed prison cell without yard time as the Chinese authorities have unlawfully and purposefully deprived him of this simple prison right. It is a deliberate attempt to slowly kill Guo Feixiong.

After the verdict was announced yesterday, dissident intellectual Mo Zhixu remarked: “Guo Feixiong united theory and practice. He has a lucid apprehension of totalitarian systems, and he’s optimistic about the effect of market reform as manifested in the emerging social classes and a fledgling civil society. On the one hand, he does his best to strike a moderate stance in order to attract as many people as possible, including those inside the system; on the other hand, his stance is resolute, and he seeks to stir new groups to promote change. His platform is moderate but his actions radical. His strategy is founded in opposition to the regime that can nonetheless attract the most number of people, and is geared towards action—an approach that has proven to be inspirational and infectious.”

Zhang Lei reported on social media that, after the sentence was handed down on November 27, he saw Guo Feixiong in the afternoon, and read his opinion on the verdict: “A Final Response to the Sentence” (《判决庭上的最后答复》) which he prepared in anticipation to the sentence but not the charge the court invented the last minute. “You have used judicial institutions that should have been applied to uphold justice and safeguard human rights to frame innocent citizens, crush human rights and trample on the core interest of the Chinese nation — the cause of constitutional democracy,” he wrote.

Separately, he noted that in the list of “witnesses” in his judgements, a number were his friends, but there was nothing they said that was disadvantageous to his case, and he is grateful for their protecting him. To the friends who were implicated because of their association with Guo, he expressed his apologies.

Liu Yuandong, 37, and Sun Desheng, 32, were sentenced to 3 years and 2.5 years in prison respectively.

Roseann Rife, East Asia Research Director at Amnesty International, stated in reaction to the sentences: “Guo’s imprisonment shows that when the authorities want to silence activists, all the Chinese laws, regulations, and the government’s statements at the UN about guaranteeing human rights aren’t worth the paper they’re printed on.”